I awoke yesterday morning to a barrage of excited, fearful, and shocked emails and messages demanding to understand why Iran had suddenly decided to ban women from entering university. Given that Iranian women comprise over 60% of students in upper education in Iran and that women’s rights to education is deeply embedded in both the ideology and the practice of the Islamic Republic (as I have previously outlined regarding Islamic feminism in this piece), the idea that women could be “banned” from universities struck me as quite preposterous. Despite this, these rumors have gained steam, and the outrage provoked among feminists and those concerned with women’s rights in Iran has understandably led to a search for answers.

On August 20, Robert Tait published a bizarrely contradictory article entitled “Anger as Iran bans women from universities” in The Telegraph that suggests that women in Iran will be hereto banned from universities because of the worries of “senior clerics.” The piece’s subtitle immediately contradicts the inflammatory title, reversing the claim that women have been banned “from universities” by explaining that “female students in Iran have been barred from more than 70 university degree courses in an officially-approved act of sex-discrimination.” Tait proceeds to contradict himself again in the first paragraph, where he further explains that 36 universities had decided of their own accord to ban entrance to women in 77 undergraduate-level courses.

This article is the most recent in a series of inaccurate, misleading, and irresponsible articles about Iranian women and the fight for women’s rights in Iran published by The Telegraph. This is the same paper that last spring completely fabricated a story about Iranian women training to be “ninja assassins” to defend their country against invasion (they were actually just practitioners of the Japanese martial art in their local dojo, without murderous intent).

Meanwhile, the University Ban piece has been republished in various forms in other media outlets, like the Daily Beast where it has been given the equally misleading title “Iran Bans Women from College Courses.” This is a shame, not only because Robert Tait intentionally misleads his readers, but also because he uses a series of vague generalizations and bizarre half-truths to spin a tale of evil Iranian ayatollahs attacking Iranian women that bears only a passing resemblance to the reality of women’s education in Iran.

To start off with, the decision of these 36 universities is ridiculous and discriminatory and must be reversed. However, these decisions by specific universities are a far cry from “Iran” banning all women from attending all universities, as the title of the article implies. In fact, the decision of these universities has not been “officially-approved” by any stretch of the imagination, and a Director General in charge of education at the Ministry of Science, Research, and Technology has sent letters to the universities (which have private decision-making) demanding explanations for the decisions taken. Although various officials have offered some half-hearted explanation for the decision- mostly focusing around the inability to women to get jobs in the particular fields of study banned- it also appears that the effort is part of an attempt to even the gender imbalance that has meant that Iranian women get accepted into universities at a rate of 60-40 as compared to their male counterparts. Once again, while I reject this logic and oppose any attempts to lessen the amount of women in higher education, understanding the context of Iranian education is crucial to understanding the issue. Today, Iran has one of the highest ratios of participation of women to men in higher education of any country in the world. Iranian women have entered into many fields across the board in astounding numbers since the 1979 Revolution, struggling against war, economic crisis, and domestic oppression to achieve some of the highest rates of education (and to a lesser degree, workforce participation) in the region. Additionally, the ideology of the regime sees women’s advancement and emancipation within an “Islamic” framework as necessary to national progress and views women’s education as central to this project. On one hand, state efforts like the mass literacy campaigns and expansion of education in the 1980’s and 1990’s targeting women helped increase the literacy rate from 29% in 1976 to 87% in 2005. On the other hand, some women in Iran have adopted an Islamic feminism that stresses their rights and the state’s obligations to support them.

Tait’s piece, however, offers us none of this context. Instead, we are told that “senior clerics”- which senior clerics? where? – are “concerned” about the “social side-effects of rising educational standards among women, including declining birth and marriage rates.” I am sure this is a true statement on some level, but to say that “senior clerics in Iran think xyz” is about as precise as saying “politicians in America think xyz,” which is to say that it means about nothing. If “senior clerics” are concerned about women being too educated, where were they when “senior clerics” lent their support to one of the world’s most progressive family planning systems, a system that ensures free access to condoms for Iranian women and men? Did “senior clerics” not also oversee and give religious authorization to the program that led to 74% contraceptive use among Iranians, the highest rate in the region?

Even more laughable than this vague “senior clerics” term that Tait bandies about is that the title implies that somehow the Iranian government gave its blessing to the recent university courses ban. This despite the fact that Iranian President Mahmoud Ahmadinejad himself opposed any attempt to impose gender segregation in schools just last year. 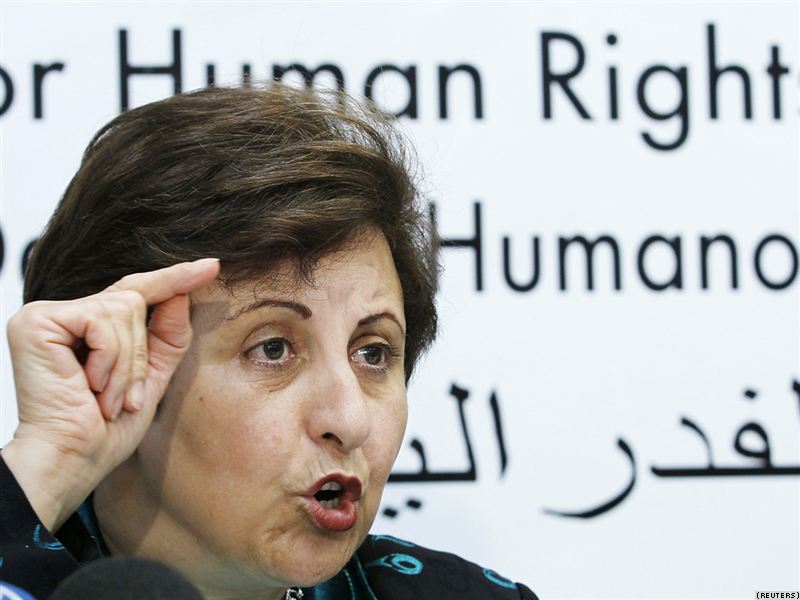 The Iranian government would do well to listen to Iranian democracy activist Shirin Ebadi, who has demanded that the universities in question reverse this nonsensical ban on women’s entrance into 77 courses. But the international media would do well to do some research on Iran before they write this kind of misleading article.

Iranian women have been demanding for their rights for the last 30 years, in many cases fighting to a reform a system that is imperfect and oppressive but which has also historically prioritized women’s access to education as a fundamental right. Repeating tired cliches of evil clerics locking women up that bears little resemblance to reality only serves to further distort the flawed perceptions of Iran in the Western media. This ultimately does no favors for the Iranian women struggling to secure their own rights.

The Pamir Has a History