In the mid-nineteenth century Ottoman/Qajar borderlands (today’s Turco-Iranian border), East Syrian Christians had their first encounters with American Protestant missionaries. These encounters brought to the region new institutions like printing presses and American-style schools. They also helped remap Neo-Aramaic concepts for communal belonging like melat and tayepa – which loosely correspond with the Ottoman and Arabic terms millet and taife, what today we might translate as “nation” and “sect.” An older generation of scholars characterizes the missionary project as one of enlightenment or modernity, while others describe it as a form of colonialism. In this interview with Professor Adam Becker, we discuss approaches to studying changing notions of piety as well as different ways of thinking about the missionary encounter. 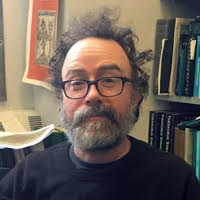 Adam H. Becker (Princeton Ph. D. 2004) is Professor of Classics and Religious Studies at New York University. His research interests include Christian martyrdom in the Sasanian Empire, Jewish-Christian relations in Late Antiquity, the social and intellectual history of the Syriac (Christian Aramaic) tradition, and the missionary encounter in the nineteenth century. 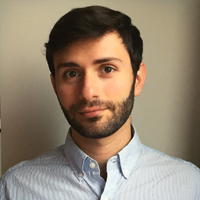 Matthew Ghazarian is a Ph.D. Candidate in Columbia University’s Department of Middle Eastern, South Asian, African Studies. His research focuses on the intersections of sectarianism, humanitarianism, and political economy in central and eastern Anatolia between 1856 and 1893.

———. “Assyrian Christians and the ISIS Assault on the Remains of Nineveh.” Informed Comment, March 27, 2015. http://www.juancole.com/2015/03/assyrian-christians-remains.html.

Gaunt, David, “Relations between Kurds and Syriacs and Assyrians in Late Ottoman Diyarbekir”, pp. 241-266 in Social Relations in Ottoman Diyarbekir, 1870–1915. Edited by Jongerden, Joost and Verheij, Jelle. The Ottoman Empire and its Heritage 51. Leiden and Boston: Brill, 2012.

Heleen Murre-van den Berg, Scribes and Scriptures: The Church of the East in the Eastern Ottoman Provinces (1500-1850) (Louvain: Peeters, 2015).

Mehta, Samira K. “Interview with Adam H. Becker, Author of Revival and Awakening.” Religion in American History.Accessed October 24, 2016. http://usreligion.blogspot.com/2015/05/interview-with-adam-h-becker-author-of.html. Wilmshurst, David. The Martyred Church: A History of the Church of the East. London: East and West, 2011.

A short film: “Moving Through Iran”

Hate Knows No Mistaken Identities: He Came to Kill an Iranian and Settled for an Indian