During the 1920s, a publisher in Lahore published a satire on the domestic life of the Prophet Muhammad during a period of religious polemics and communal tension between Muslims and Hindus under British rule. The inflammatory text soon became a legal matter, first when the publisher was brought to trial and acquitted for “attempts to promote feelings of enmity or hatred between different classes” and again when he was murdered a few years later in retaliation for the publication.

In this episode, Julie Stephens explores how this case highlights debates over the meaning of religious and political liberties, secularism, and legal transformation during British colonial rule in South Asia. In doing so, she challenges the binary juxtaposition between secular reason and religious sentiment, instead pointing to their mutual entanglement in histories of law and empire. 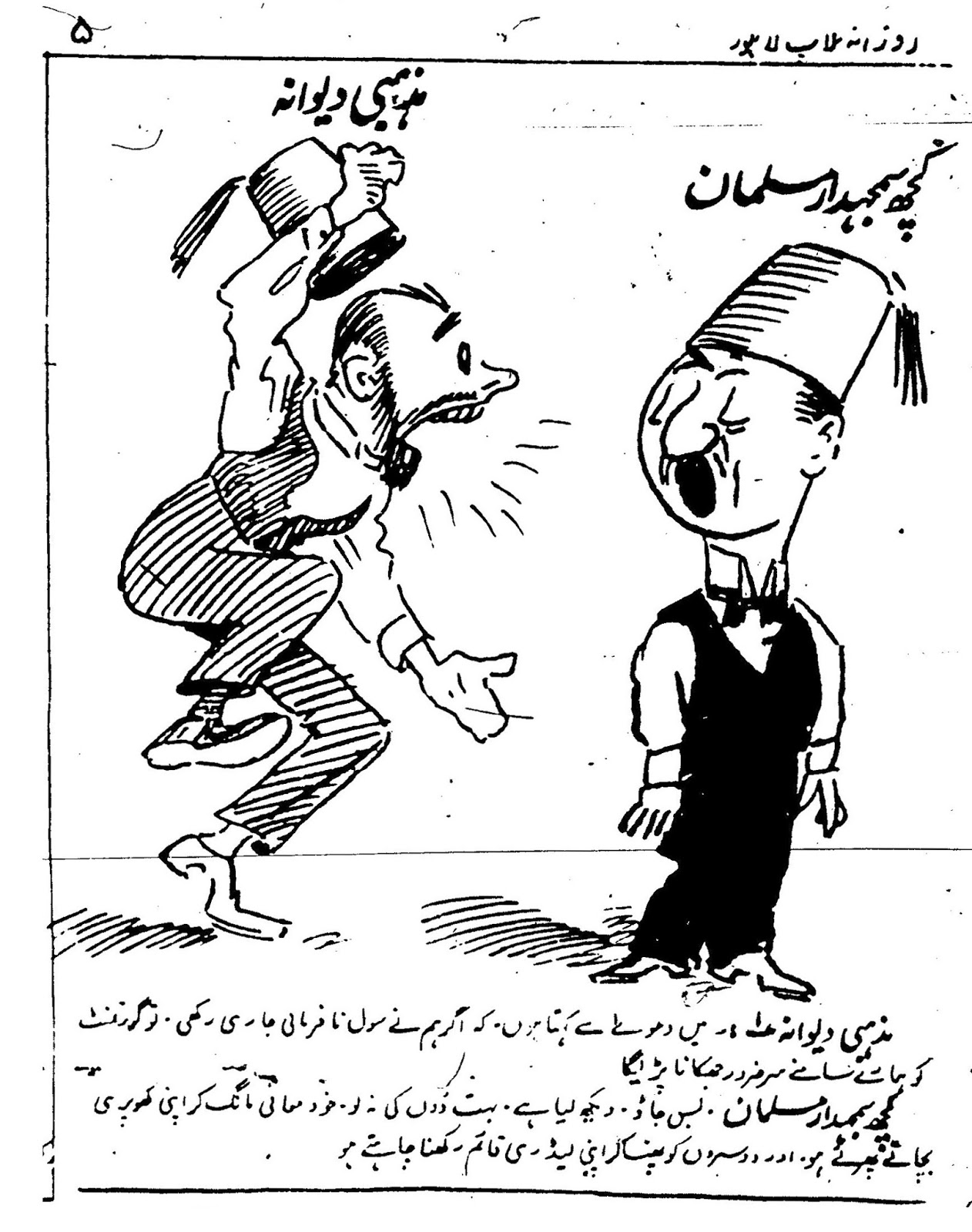 Above a cartoon published in the Lahore newspaper Milap in 1927 drew a sharp visual contrast between the kuch samajhdar musalman (the somewhat-reasonable Muslim), outfitted in a waistcoat and bowtie, and the mazhabi diwana (religious crazy or fanatic), bearded and jumping up and down in a fit of passion.

While the caricature in Milap might seem less offensive than calling all Indian Muslims fanatics, it worked as a veiled threat. The inclusion of Muslims in nationalist politics depended on their renouncing so-called “communal” demands for legal protection from the types of religious injury discussed in this episode.

“Are We German or German-Iranian?”: Reflections On Identity In the Wake of the Munich Attack