How a Rapper Won Over Afghanistan’s Hearts

The following is a guest post by Munazza Ebtikar, a Ph.D. student of Anthropology and Oriental Studies in the University of Oxford.

In the last season of Afghan Star, the singing competition held yearly in Kabul, I found myself incessantly encouraging my small cohort in Oxford to vote for their favorite candidates. Drawing inspiration from the talent show American Idol, the competition showcases candidates from major cities like Herat, Mazar-e-Sharif, Kandahar, and Kabul in front of four judges representing different genres of Afghan music ranging from classical ghazal to contemporary Afghan pop.

In its 12th season, Afghan Star has been called one of the most watched TV programs in the country and in past seasons 11 million people, or one-third of Afghans, have tuned in.

This year’s stage was witness to different forms of music, including folk music from the Panjshiri Qarsak performed in a circle of men clapping rhythmically, Afghan pop music performed by Hangama, and the more artistic music of Kucheh Kharabat, the historic musicians’ quarter of Kabul’s Old City. 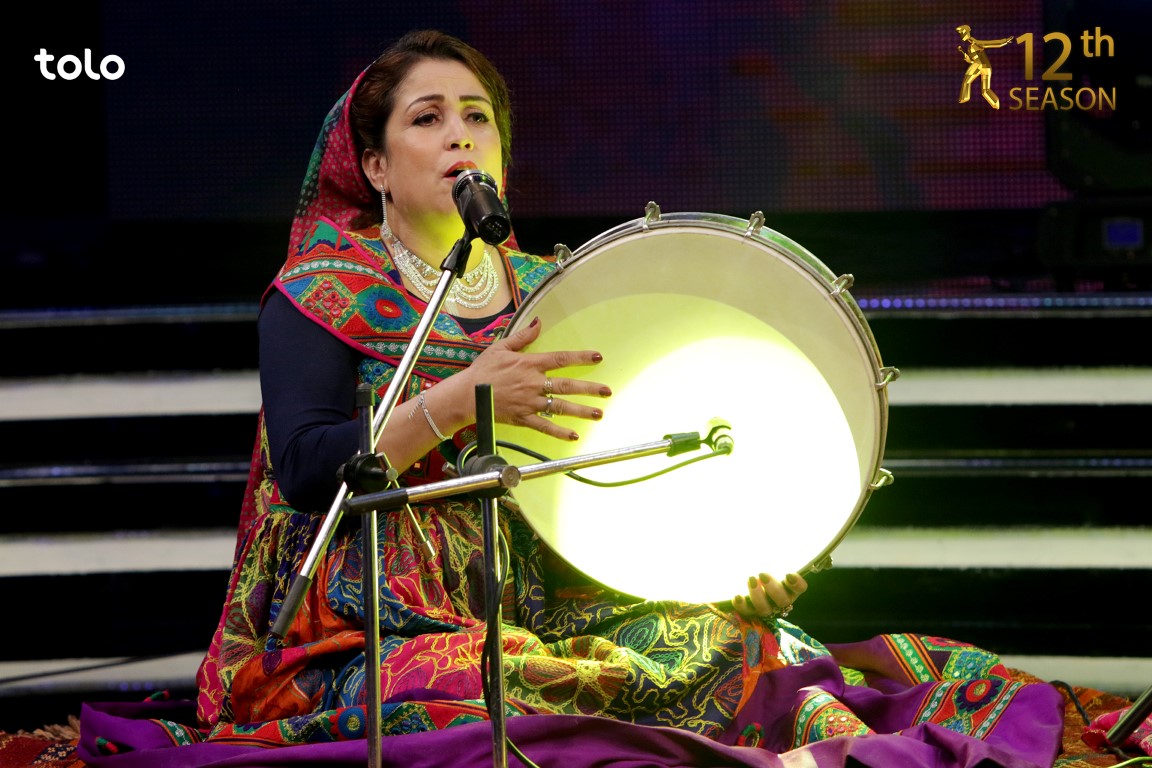 The show prominently gives a stage to minority ethnic groups and women, representing them in a manner starkly different from much of the Afghan mediascape. This was most apparent in this season’s last episode, when most female singers that graced the stage did so without the Islamic headscarf in contrast with previous editions of the show.

However, it was one contestant’s weekly performances, Sayed Jamal Mubarez, that kept us all engrossed. Suited in casual hip-hop street wear with his baggy pants, military style jackets, or snapbacks, Mubarez rapped unremittingly about the dire economic and political conditions of the Afghan state and society using the Afghan Star stage to amplify the voices of disenfranchised Afghan youth.

Mubarez’s rap stood out among other genres, receiving twice the number of domestic and international votes weekly through SMS messaging, calling in or Facebook voting. His mastery of flow, music, and rhythm were not the only elements that encouraged voter participation. Rather, the lyrics of his music effectively articulated the political, cultural, and economic conditions of the Afghan people in the hands of the exceedingly unpopular Afghan government. Mubarez’s credibility is backed by his lower socio-economic status as a barber and an ethnic Hazara, historically the country’s most downtrodden ethnic group. 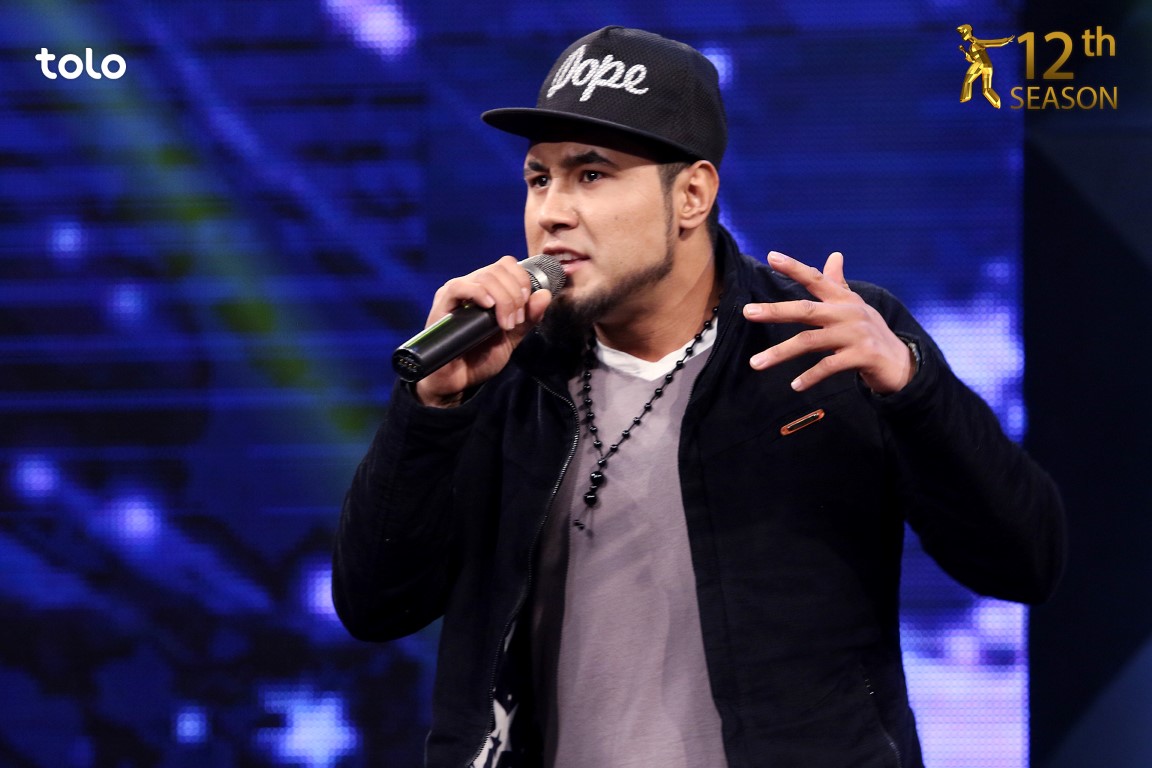 Mubarez wrote new content for his raps weekly. They were all centred around the corruption of the government, focusing on bribery, nepotism, growing joblessness, as well as the lack of security prevalent across the country.

For example, in episode 5 he raps,

You [the poor] need to keep in mind
The actual job is of the rich
To find a job you need money
Merit does not mean anything here
There are many young people like you
They have studied 16 or 17 years
And made the streets weary
If you don’t like being unemployed,
Then take out a 1,000 Afghanis from your pocket
You give a few Afghanis in bribery
You will find both a job and dignity

Nepotism and patronage have become integral parts of the Afghan society. Those without connections or wealth are unable to rise within the government or obtain influential positions in the country. Corrupt officials possess immunity and abuse their power, as Mubarez raps in episode 10,

Corruption has not only discredited the legitimacy of the government and security forces, it has also prevented economic stability and growth, undermined efforts to stabilize the region, challenged rule of law, and has increasingly isolated the youth. Given that the majority of Afghanistan’s population is under 25, the themes Mubarez tackles resonate widely.

Economically, the country is heavily dependent on donors as international assistance provides more than 80 percent of the country’s GDP. The unemployment rate in the country is most significant among youth, reaching up to 40 percent.

In some songs, Mubarez focuses on the inability of young people to wed because of financial difficulties that are rooted in the lack of employment opportunities. Political and economic instability coupled with increasing insecurity have pressured many to emigrate abroad with no documents in search of a better life. Mubarez heatedly raps,

Mubarez also notes in his music that because the system adheres to loyalty instead of merit, the country increasingly remains ethnically divided, something that many higher officials have largely ignored. 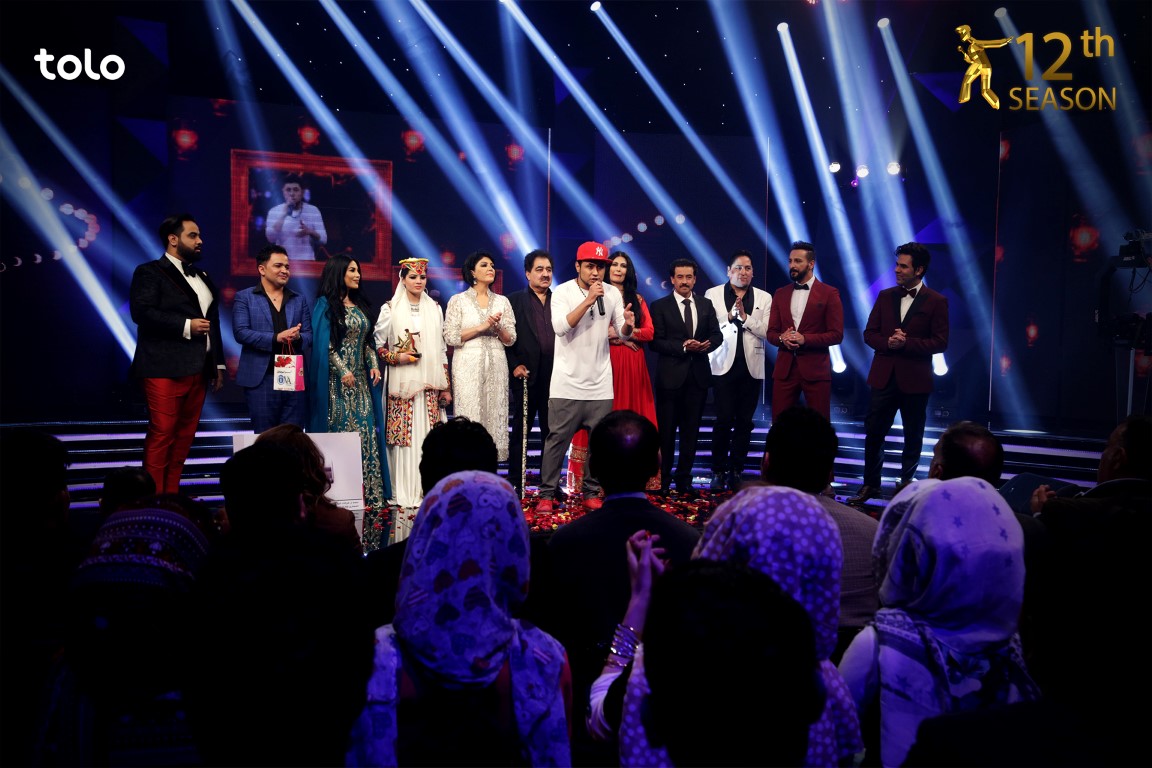 National Unity in the Afghan Mediascape

After decades of conflict and displacement, stark divisions along ethnic lines remain powerful in Afghan society. Increasingly, however, there has been an evident promotion of national unity in the public domain. In a multi-ethnic and multi-cultural society like Afghanistan, promoting national unity through music has formulated a strong Afghan national culture with mass media, such as radio, television, internet, etc., as the medium of choice.

Under the Taliban regime, music and musicians were banned and their resurgence since the end of Taliban rule in 2001 has led them to play an important role in nation building. Thus, songs about national unity have become ubiquitous and standardized as illustrated in the show’s grand finale held on Nowruz, the Afghan New Year’s Eve. The finale opened with a song endorsing national harmony showcasing the different ethnic groups of Afghanistan in their respective attire, singing in Persian and Pashto, Afghanistan’s official languages, alongside Baluchi, Turkmen, Uzbek, Pamiri, Nuristani, and Pashai languages, all subtitled in Persian for viewers at home.

The performance was centered around the theme of hamdele az hamzabane behtar ast, a Persian phrase translating to ‘unity in heart is better than unity in language’. This message highlighted the unity of Afghan people by stressing their shared experiences, instead of focusing on ethnic commonality. Likewise, as Mubarez was titled the winner of the show, he finished the season with a final performance focused around the splendor and greatness of the different regions of the country, naming each in turn and emphasizing their contribution to a unified national identity.

The emergence of Afghan Star over the last decade is a pivotal moment in the emergence of a unified modern media market in Afghanistan. Although the Taliban ban on artistic expression from 1996 to 2001 is well-remembered, many do not realize that attacks on Afghan music began with the 1978 Communist coup. The Soviet-backed Communist regime and the contending guerrilla factions were hostile to music that did not serve their own propaganda purposes, and some even targeted dissident performers over the decades. After the ousting of the Taliban in 2001 however, Afghanistan experienced a musical revolution most evident in the restoration of the Kabul TV and Radio and the advent of Afghan Star.

So, what does the triumph of Sayed Jamal Mubarez in Afghan Star mean? One important lesson for Afghans is that in a multi-ethnic yet ethnically-divided country, it is not ethnocentrism that inspires voters, but the recognition of the shared repressive political, societal, and economic conditions harbored by the Afghan government. It reflects the willingness of the Afghan people to Mubareza, which means ‘to fight or struggle’, against such conditions. Sayed Jamal Mubarez’s lyrics are not empty rhetoric but a recognition of and form of resistance against the brutal conditions lived everyday by the Afghan people as sustained by the Afghan Star stage.

Blake Atwood on the Secret Life of Video Cassettes in Iran