Ajam Podcast #10: Between Iran and Zion

In this episode, Rustin speaks with Lior Sternfeld, Professor of History and Jewish Studies at Penn State University. Dr. Sternfeld is another alumnus from the Emerging Scholarship podcast, when he joined us for a conversation about Polish Refugees in Iran during World War II. His new book is called Between Iran and Zion: Jewish Histories of Twentieth Century Iran (Stanford University Press, 2018).

Lior gives an overview of the history of the Jewish community in Iran from the beginning of the 20th century to the present. He starts by describing how the constitutional movement presented Iranian Jews with an opportunity to advocate for rights as citizens, after which they grew from a peripheral community into a prominent one that made clear impacts on daily life in Iran. Lior focuses on Jewish involvement in Tudeh Party politics and the 1979 Revolution, before ending the podcast with a discussion on the post-revolutionary period, where some 25,000 Jews continue to live. 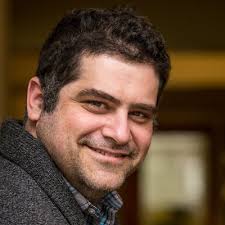 Lior is an Assistant Professor of History and Jewish Studies. He is a social historian of the modern Middle East with particular interests in Jewish (and other minorities’) histories of the region. His research interests include the history of social movements and the origins of “third-worldism” in the Middle East and beyond.

@AjamMC
RT @MostafaMinawi: If you are in Cairo tomorrow, Tuesday 17th, come say hello and hear me talk at @AUC downtown campus on #Ottoman #imperia…
7 minutes ago
RT @_mahdichowdhury: 74 years today…
yesterday
RT @AltaytoYughur: Another look at #Kurdish #literature from #Armenia and #Georgia (from 2020). There are so many authors to discover, and…
3 days ago
RT @nedasoc: In 1 week, I’m speaking w/ Dakshana Bascaramurty (Globe & Mail), Sarom Rho (Migrant Students United), Prof Pallavi Banerjee, &…
3 days ago
RT @Tales_of_Iran: 1974 stamps from Iran with illustrations of traditional dresses https://t.co/YpJo42cEfe
3 days ago
RT @meriponline: Our new issue "Settler Colonialism’s Enduring Entanglements" dives into the topic from #Palestine to #Algeria, from the pa…
3 days ago
RT @GROWspeaks: Hot off the press by 🇧🇲Ian author @QuitoSwan . It just arrived! Congratulations 🎉 https://t.co/F4XyXk8oKk
3 days ago
RT @VeraSmnSchulz: Absolutely thrilled to organize the symposium "Between the Black Mediterranean and the Black Atlantic: Complexifying S…
3 days ago
Follow