In this episode, Rustin interviews Golbarg Rekabtalaei, an Assistant Professor of History at Seton Hall University. She is the author of Iranian Cosmopolitanism: A Cinematic History, published by Cambridge University Press in 2019.

Dr. Rekabtalaei traces how the diverse ethnic, linguistic, and religious backgrounds of cinematographers, cinema owners, and cinema goers shaped Iran’s urban culture and its citizenry’s understanding of modernity. The interview opens with a discussion of the first films produced in Iran: what they looked like, where they were shown, and who was watching them. Then, Dr. Rekabtalaei explains how this cosmopolitanism fed into Iranian national identity and notions of sovereignty in the 1920s and 1930s. The conversation ends with the emergence of both popular cinema (derogatorily labelled “Film Farsi“) and alternative cinema (sinema-ye motevavet) in the 1950s and 60s. 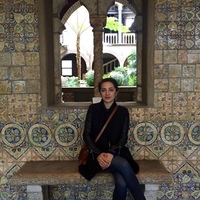 Golbarg Rekabtalaei is a cultural and social historian of modern Iran and modern Middle East at large. Her research focuses on the relationships between culture and cultural production, modernity, cosmopolitanism, urbanisation, nationalism, and revolutions.

When did Afghan Cinema Begin? A History of Kabul’s Filmic Pasts

@AjamMC
RT @AlgeriaNumidian: Algerians celebrating the independence of Algeria ❤️🇩🇿 https://t.co/vX0aa345CK
3 hours ago
RT @sumacweave: A rug gifted to the Communist Party of the Soviet Union by the Democratic Party of Azerbaijan. https://t.co/jH489uiQNh
4 hours ago
RT @karpassia: ‘Muqam’ (1984) by Uyghur painter Ghazi Ehmet https://t.co/MLce2nhgTo
5 hours ago
The original sketch of the Iran Post logo drawn for a national competition by Mostafa Kiani in 1989. "Even when o… https://t.co/V4bivTHJw4
5 hours ago
The story of how an Iranian product became a luxury good connoting Western and white high-class status speaks to ho… https://t.co/v7HVFwHRrT
5 hours ago
"Since the Trump administration designated Iran’s Islamic Revolutionary Guard Corps a terrorist organization in 201… https://t.co/PEKpYkNU4W
5 hours ago
"Many musicians left after the revolution and during the war, mostly for Europe and North America, joining a diaspo… https://t.co/GS8uqm6tia
3 days ago
"On the Arabic internet and in various printed magazines, there is one word prominently associated with Shams al-ma… https://t.co/VgiVqCjVFp
4 days ago
Follow