In this episode, Kamyar and Rustin interview Armenian-American composer and performer Joseph Bohigian about his latest musical composition, “The Water Has Found Its Crack” (2020), which explores concepts of displacement, dispersion, and cultural preservation in Armenian music.

The composition’s title refers to an anecdote shared by Turkish-Armenian journalist Hrant Dink about a French-Armenian woman who died while visiting the village of her youth in Turkey. When the question of where she should be buried arose, a man from the village responded “Let her be buried here…the water has found its crack.” It is a story of Armenians longing to be reunited with their indigenous land, not to take it but, in Dink’s words, “to come and be buried under it.”

The discussion begins with Bohighian’s reflections about his family’s displacement during the 1915 Armenian Genocide, his upbringing in the diaspora, and his nine-month stay in Yerevan during which he wrote “The Water Has Found Its Crack.” The conversation then turns to the Armenian music theories and folk songs that influenced the piece, specifically the works of the Komitas (1869-1935), a Kütahya-born priest and musicologist widely known for documenting rural songs of the Armenian countryside. Finally, Bohigian takes us through the composition, highlighting various sections and reciting lyrics sung throughout.

To listen to the composition in its entirety, click on the player below:

Watch Joseph’s presentation on “The Water Has Found its Crack” at the Fresno State Armenian Studies Program Lecture Series: 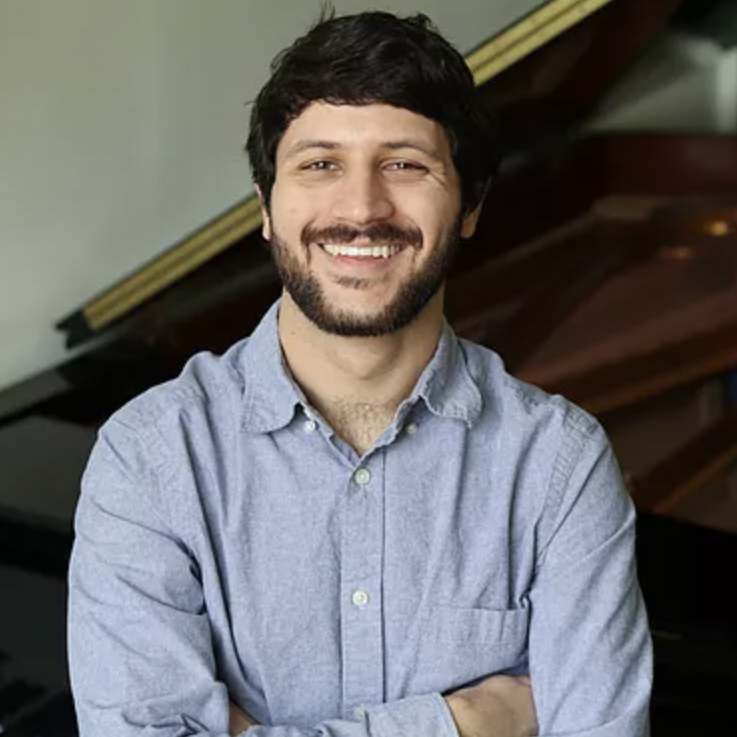 Joseph Bohigian is a composer and performer whose cross-cultural experience as an Armenian-American is a defining message in his music. His work explores the expression of exile, cultural reunification, and identity maintenance in diaspora. His music has been heard around the world at the Oregon Bach Festival, June in Buffalo, Walt Disney Concert Hall, New Music on the Point Festival, TENOR Conference (Melbourne), and Aram Khachaturian Museum Hall.

@AjamMC
RT @bahirairl: This double episode is incredible. The first one especially lays out the full decade of strikes and student movements and gl…
7 hours ago
RT @SophiaArmen: My dearest friends please stop scrolling & take a moment to learn about #HrantDink, an anti-racist activist & journalist w…
8 hours ago
RT @DomeIngenito: Afghanistan through Afghan Voices: Society, Literature & the Arts Talks | Conversations | Readings | Visual Inspirations…
19 hours ago
RT @paisley_trees: My first ever published article!!! Thank you to everyone that helped make this happen ❤️ https://t.co/ctwbgNtLVM
21 hours ago
‘A journey through the past’: lost music of the Palestinian uprising is restored https://t.co/hSfOGQZSza
yesterday
A seemingly good deed goes awry in Asghar Farhadi's gripping moral drama 'A Hero' https://t.co/fiuaXdUSYJ
yesterday
RT @nesialtaras: Thanks @AjamMC for sharing! “In revivifying Ladino, we get to choose what to keep or change. The language belongs to its s…
yesterday
RT @otsnyu: Upcoming workshop on Ottoman Studies! Spread the word, send in abstracts!
2 days ago
Follow