In this episode, Rustin and Ali are joined by Professor Najam Haider, Professor of Religion at Barnard College, to talk about his recent book, The Rebel and the Imam in Early Islam: Explorations in Muslim Historiography.

The lack of contemporary sources for the first century of the Islamic period poses many challenges for historians past and present. Engaging with many of the impasses that still animate the study of early Islam, Professor Haider proposes that one way forward is to explore the rules that governed historical writing among early Muslims as well as their intended audiences. Instead of remaining preoccupied with 19th century European standards of historical writing, such as the search for veracity, he argues that the historians of the early Islamic period worked in continuity with the traditions of Late Antiquity. They were not interested in what “really happened,” but rather, they played with known narratives to make competing claims for contemporary audiences.  After a personal anecdote about his own interest in the subject, Haider walks us through the example of the seventh Twelver-Shi’i Imam, Musa al Kadhim, explaining how sources over the centuries have told and retold his biography in keeping with their own theological and political concerns. 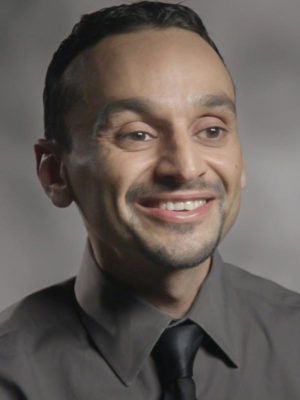 Najam Haider is a Professor in the Department of Religion at Barnard University.  His research interests include early Islamic history, the methodology and development of Islamic law, and Shi‘ism. His first book, The Origins of the Shi‘a, was published by Cambridge University Press in 2011 and focused on the role of ritual and sacred space in the formation of Shī‘ī identity. His second book, Shī‘ī Islam, published by Cambridge University Press in 2014, offered a comprehensive overview of three branches of Shī‘ī Islam – Zaydī, Twelver, and Ismā‘īlī – through a framework of theology and memory. His most recent book, The Rebel and the Imam in Early Islam, published by Cambridge University Press in 2019, interrogates the question of what it mean to write history in the pre-modern Islamic world by drawing on the Late Antique historical tradition.

Ajam Podcast #23: Anxieties of Power in the Islamic Republic

@AjamMC
RT @yineyeni90lar: Γειά σου! Bu bölümde Türkiye ve Yunanistan’ın ortak başlayıp birlikte büyüyen popüler müzik tarihlerine 90’lara açtığımı…
19 hours ago
RT @chai_khaneh: Have spent the morning obsessed with Aziz Balouch after reading this article from @AjamMC and @stefanjwfa. Amazing story.…
23 hours ago
RT @NeilvanderLind1: From Sindh to Andalusia: The Life and Times of Sufi-Flamenco Star Aziz Balouch https://t.co/6SzHn9if3u via @ajammc
23 hours ago
RT @desmukh: 3/3 And here's a fusion between Egyptian nasheed singer Ahmad al-Tuni and Tomatito from the sountrack of Tony Gatlif's film Ve…
yesterday
RT @desmukh: 2/3 I'm not a huge fan of fusion music, but there's something about flamenco music that so seamlessly blends with "eastern" mu…
yesterday
RT @desmukh: Just listened to this podcast about the fascinating story of Aziz Balouch -- a Sindhi-Baloch musician who traveled to Spain in…
yesterday
RT @Dilan_Okcuoglu: I'm thrilled to announce the launch of the #Kurdish Studies podcast series for @NewBooksNetwork. In the 1st podcast, I…
yesterday
RT @zeynepn_kaya: Such a privilege to take part in the launch of the #Kurdish Studies podcast series. Thank you so much @Dilan_Okcuoglu fo…
yesterday
Follow