New Beginnings in the Face of Demolition: Baku’s Sovetski Celebrates a Final Novruz

This photo essay features video footage from the Mehelle project, as well as photographs from Chinara Majidova, a Baku-based photographer. The accompanying text was written by Ajam Editor Rustin Zarkar. For more articles from Mehelle, click here.

Every year on March 20th, communities from the Balkans to Western China celebrate Novruz (Nowruz, Newroz, and other spelling variations all reference the same holiday). Over the centuries numerous forms of commemoration have developed throughout this geographic space–ranging from table settings to divination, children’s games and bonfires, and even throwing hats and tightrope walking–as people have blended local traditions with the celebration of the vernal equinox. Despite the diversity of practices, a common theme runs through all Nowruz festivities: renewal and rebirth.

In the case of the Sovetski neighborhood in Azerbaijan’s capital city, Baku, the last two Novruz celebrations have been bittersweet. Sovetski residents continue to ring in the new year with fanfare and jubilation (which usually includes lighting large bonfires), but the continued demolition of their neighborhood looms over them. While many have already moved from the neighborhood, the last holdouts in Sovetski believe that this will be their last Novruz in their homes.

As we have outlined in earlier coverage, in 2014 the Baku municipality ordered the destruction of the historic Sovetski neighborhood (and home to 60,000 residents) in order to make way for the extension of Winter Boulevard and the accompanying pedestrian park. While many residents have taken the government’s financial compensation package and moved to the outskirts of the city, some still reside in the emptying neighborhood.

With most of the demolition taking place last summer, Novruz 2016 was attended by many. The streets were crowded with cars, music blared from speakers and people gathered around bonfires that dotted the neighborhood’s alleyways and growing empty spaces. Our Mehelle correspondents were able to capture Novruz celebrations in the videos below:

A short video of 2016 Novruz celebrations from the Mehelle project

Residents of all ages gather around the fire to ring in the New Year.

One year later, however, the crowds have noticeably dwindled. The municipality has blocked off all major roads leading into the neighborhood, forcing people to travel by foot in order to come and go. The fires continued to rage, albeit this time fueled by construction materials, windowpanes and molding, as well as paper scraps that litter the area. Bulldozers hovered around the gathering like moths to a flame as the inhabitants listened to music, laughed, and added to the fire. Despite the constant reminder of the demolition all around them, the people of Sovetski were able to welcome the New Year the way they have done so many years before. 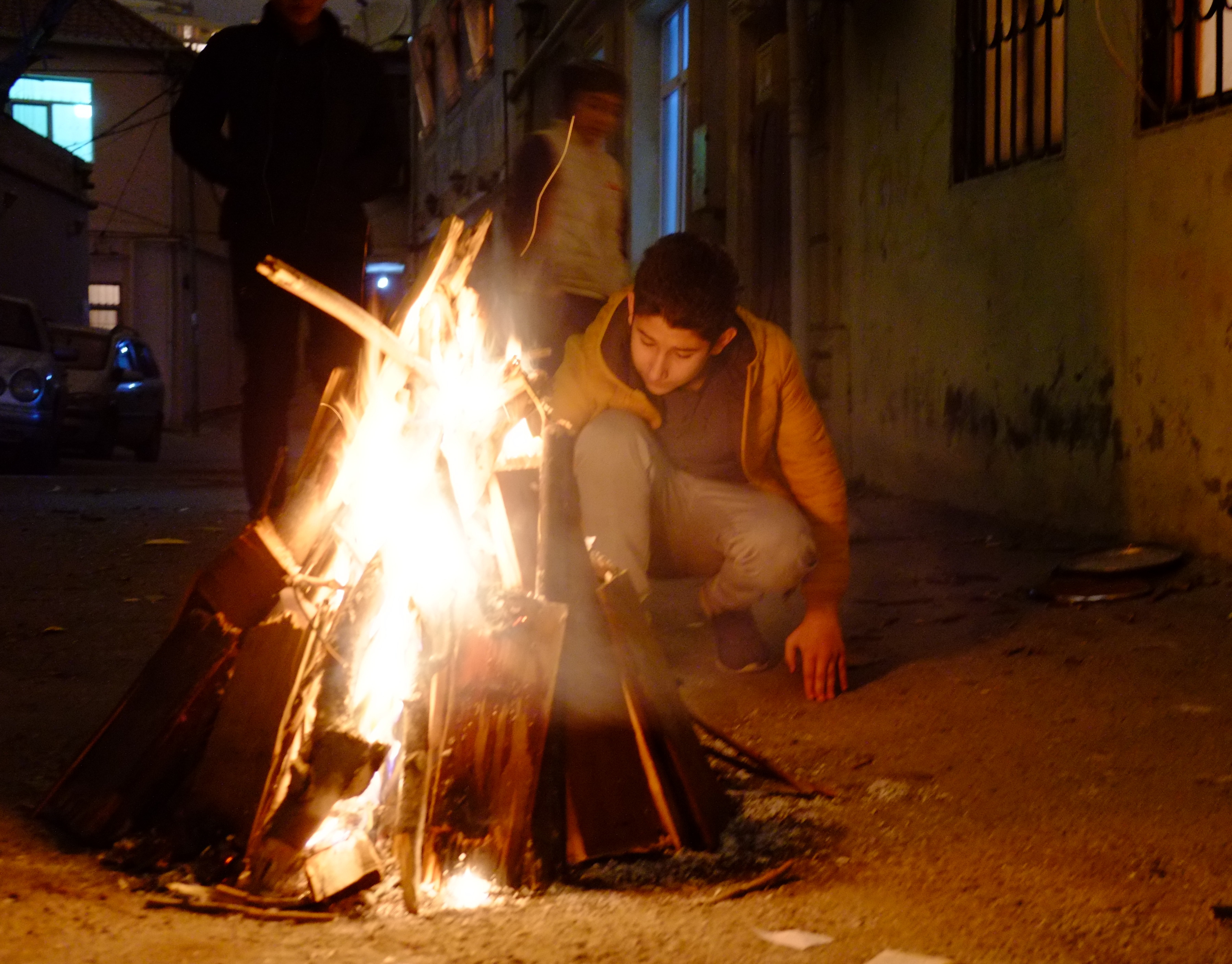 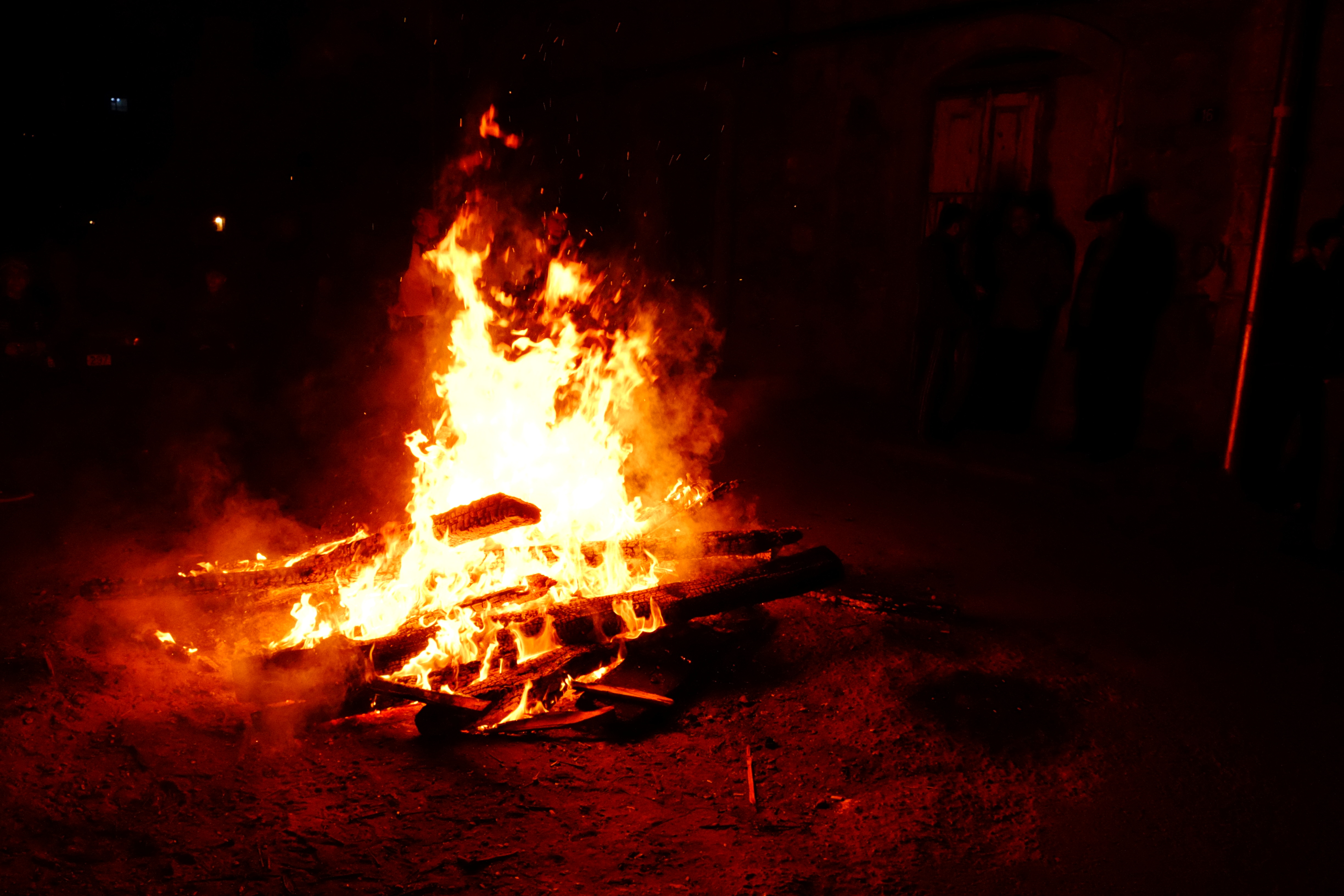 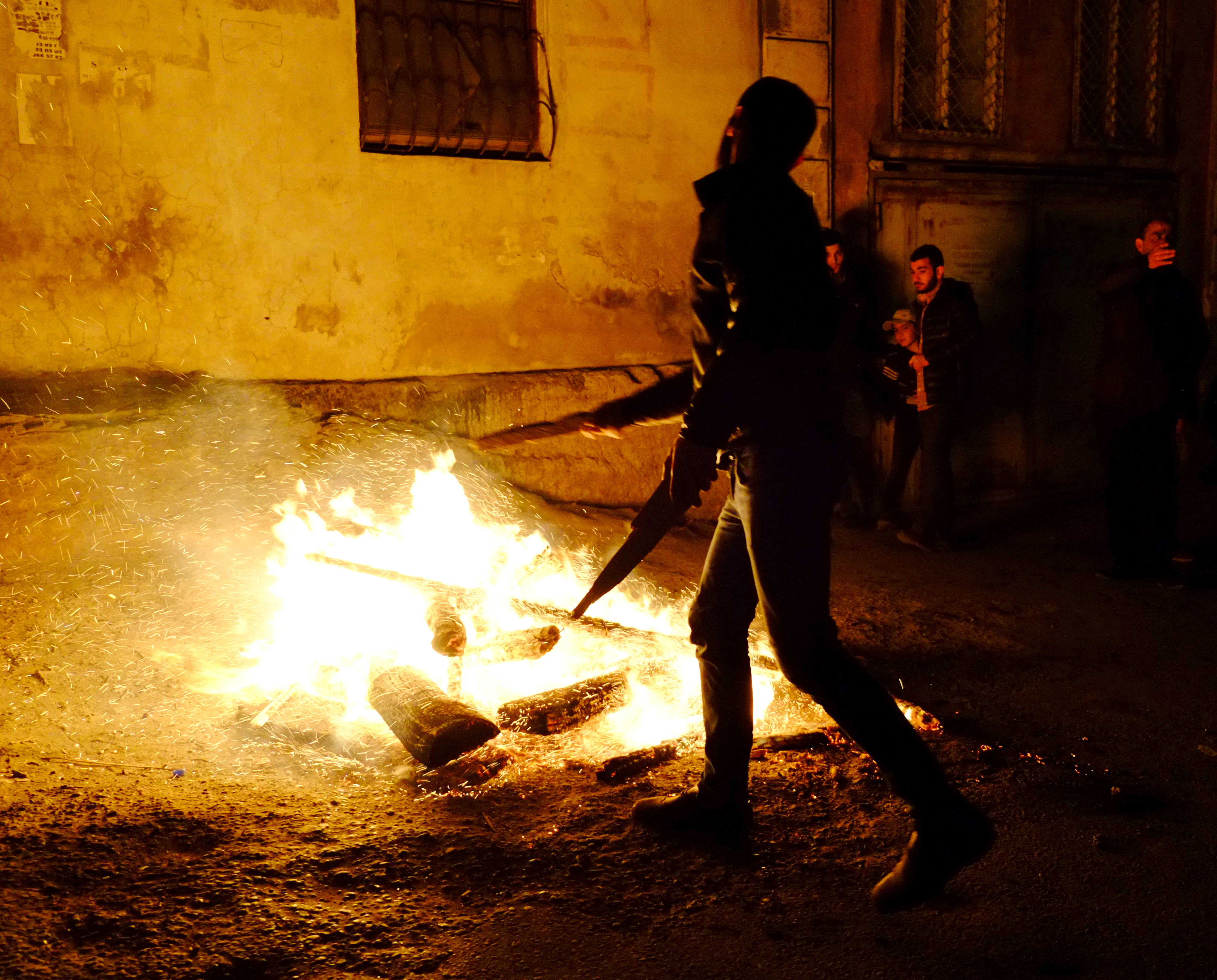 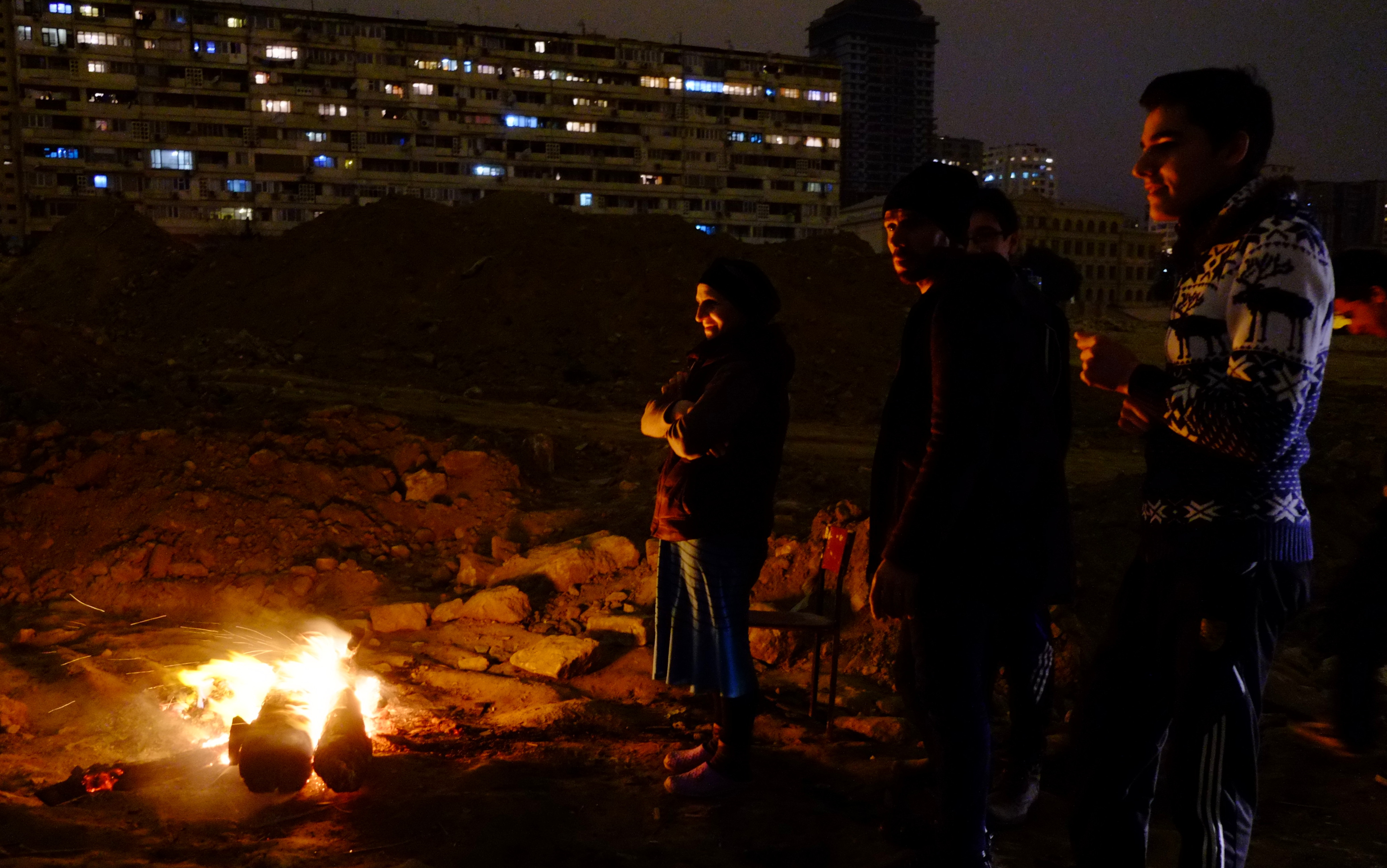 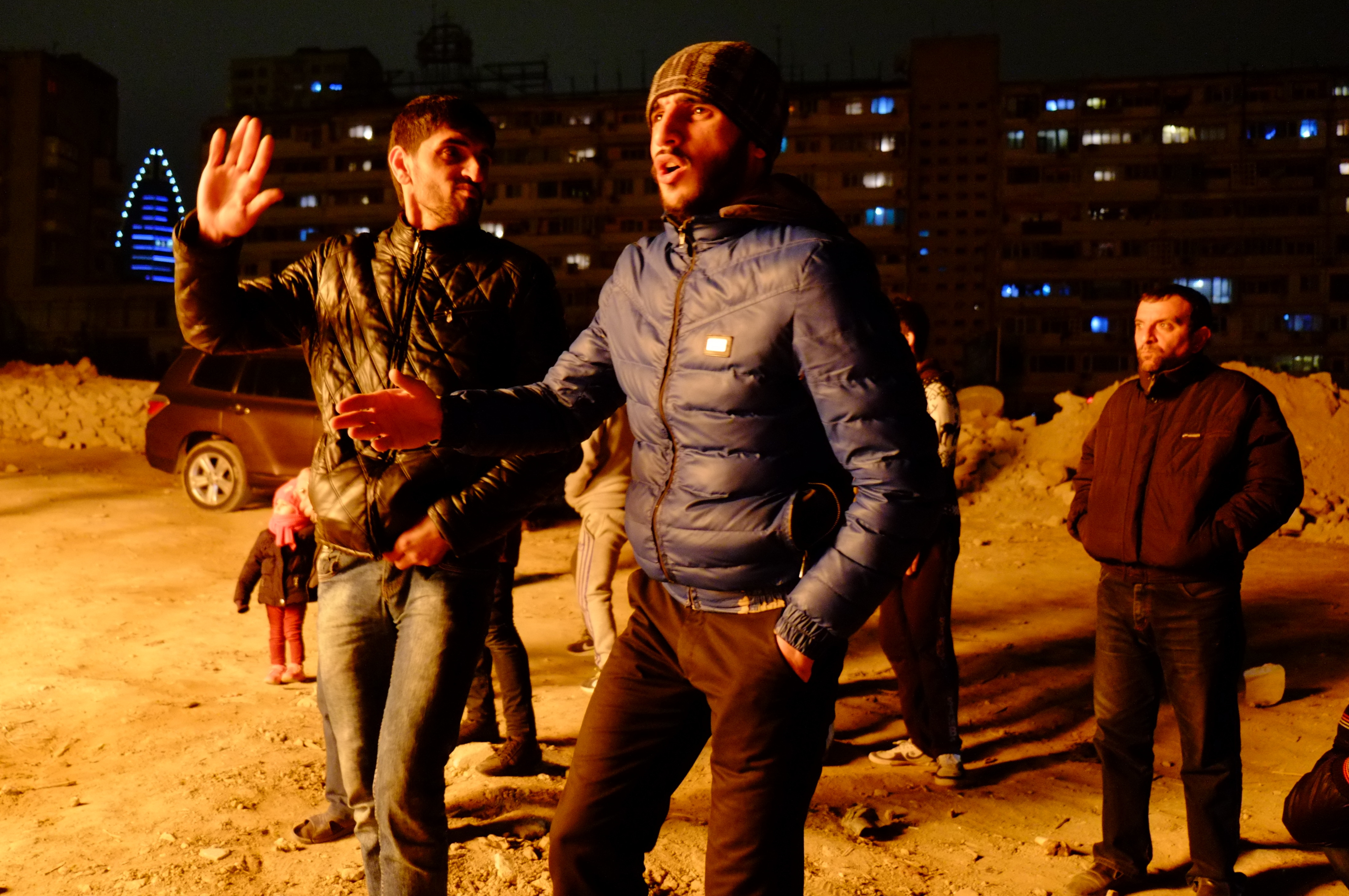 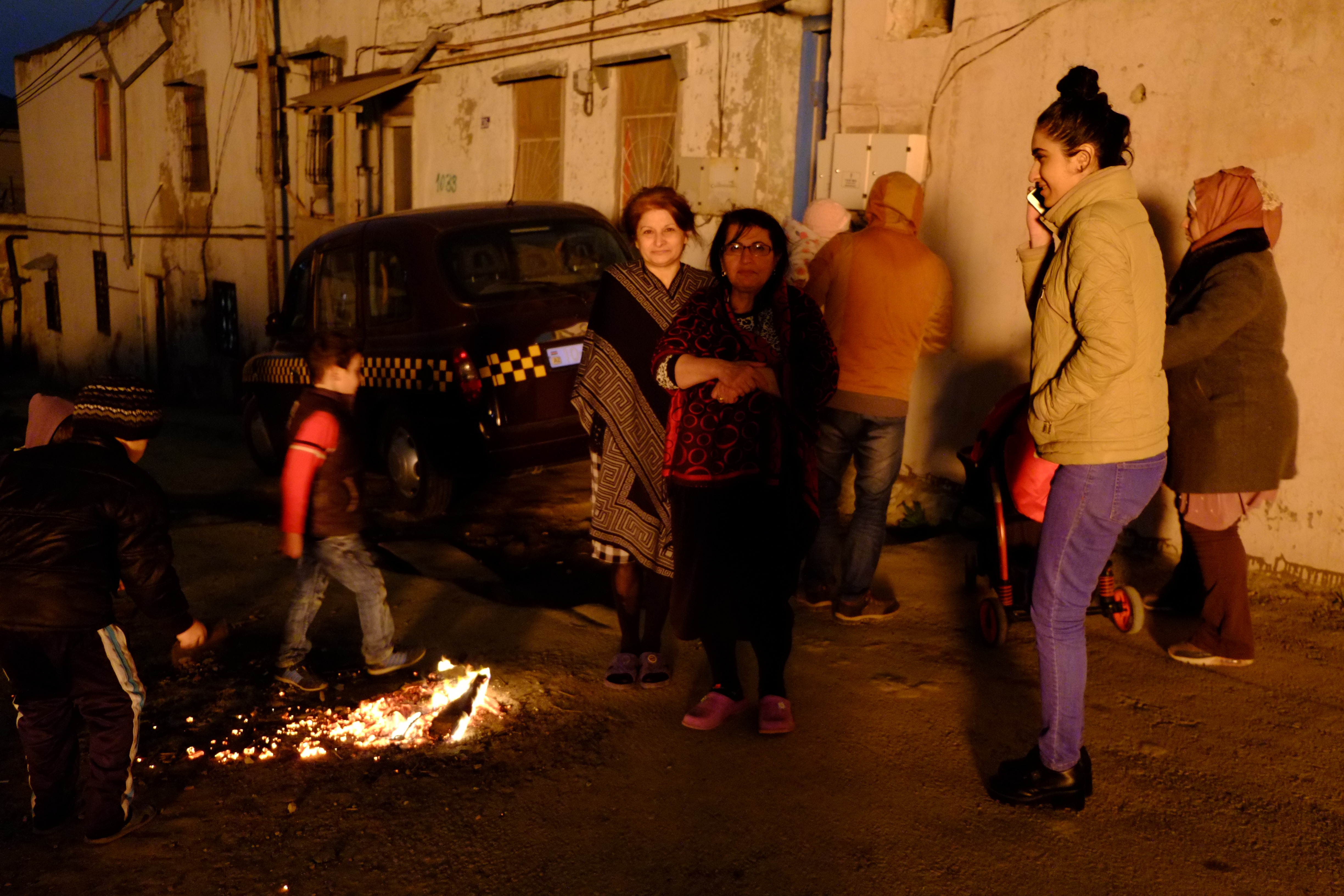 While Novruz is a time for new beginnings, it is also worth reflecting on what has been lost. In Sovetski, as well as other neighborhoods across the Caucasus and Central Asia, state and private interests are dramatically refashioning urban areas. This coming new year, Ajam will introduce two new locations to the Mehelle project: Tbilisi (spring) and Dushanbe (summer). Not only do we wish to document the changes to the built environment and the social relations embedded within them, but we hope to show that communities continue to find reasons to live and celebrate despite the struggles and the hardships they face.

The First “Iranian-Armenian” in America

@AjamMC
RT @RustinZ: Mark your calendars! As part of the @UNCLibrary Horner Jarrahi Persian Studies Lecture Series, Dr. Houri Berberian will speak…
11 hours ago
RT @rearleftist: This most thoughtful writing on my work by @cfitewassilak on @ArtReview_ ! "a lyrical sense of dislocation and unease, whe…
yesterday
RT @BlackIranians: Check out https://t.co/0sHxWZB9AQ to grab your free PDFs & dive in with us! 📚🥰
yesterday
RT @BlackIranians: Join us & @becauseweveread for its Transnational Blackness Series با «چون خوانده‌ایم» و «جمعیت ایرانیان سیاه پوست» در مج…
yesterday
RT @JIsoliman: Thank you to everyone who attended the talk and to @UNC_CMEIS @UNCLibrary for hosting. If there were any unanswered question…
yesterday
RT @AltaytoYughur: I seemed to have garnered quite a few new followers recently who are interested in #Armenian and Armeno-#Turkish. As I c…
2 days ago
RT @BlackIranians: If you’ve never heard of Tsitsi Dangarembga, now is the time to check her work out. 📖 Stay tuned for more wisdom, liter…
2 days ago
RT @RustinZ: & please save the date for the last @UNCLibrary + @UNC_CMEIS Kitab Talk of the spring semester: On April 6th, 12pm EST, @Altay…
2 days ago
Follow