The Iraqi soldiers who sacrificed everything to defend Palestine in 1948

The main road north from the West Bank city of Nablus winds between rolling hills covered in olive groves, abandoned feudal castles nestled amid sprawling modern villages, and the occasional hulking Israeli settlement scarring the landscape from behind barbed wire. At the Burqin intersection just before Jenin, the road splits west toward a 5th century Orthodox Palestinian church. Here, an Iraqi flag towers beside the crossroad, its determined fluttering contrasting starkly with the desolate intersection nearby.

Beneath the flag stands “Martyrs’ cemetery,” the last monument to the sacrifices of 44 Iraqi soldiers who gave their lives to protect Palestine 69 years ago. The cemetery is humble and the weeds overgrown, but here and there between the Husseins and Khadrs and Alis and Omars there are roses shyly springing forth and a few decaying wreaths. History has forgotten the many who died for this land, but their memories live on in the soil. 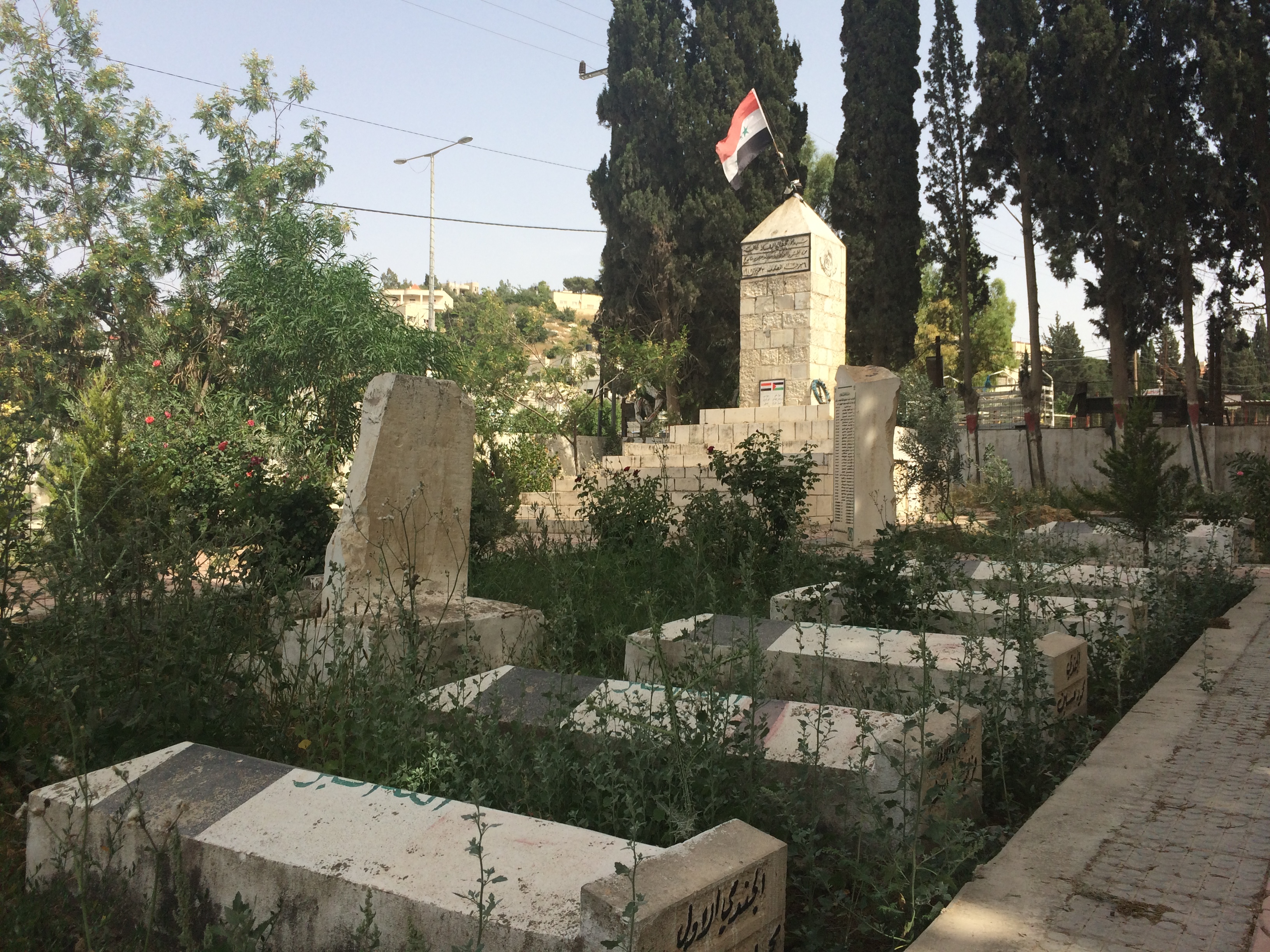 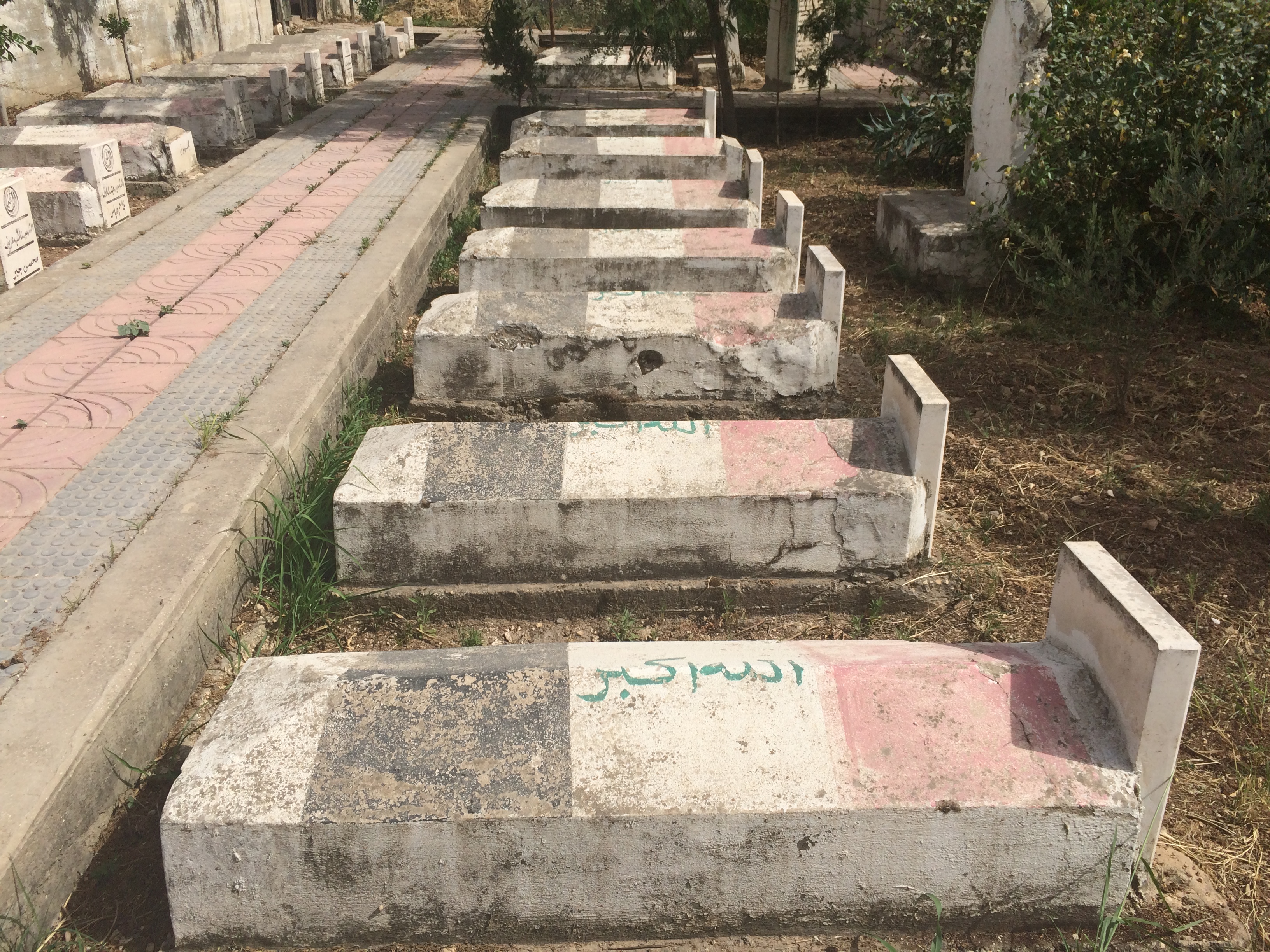 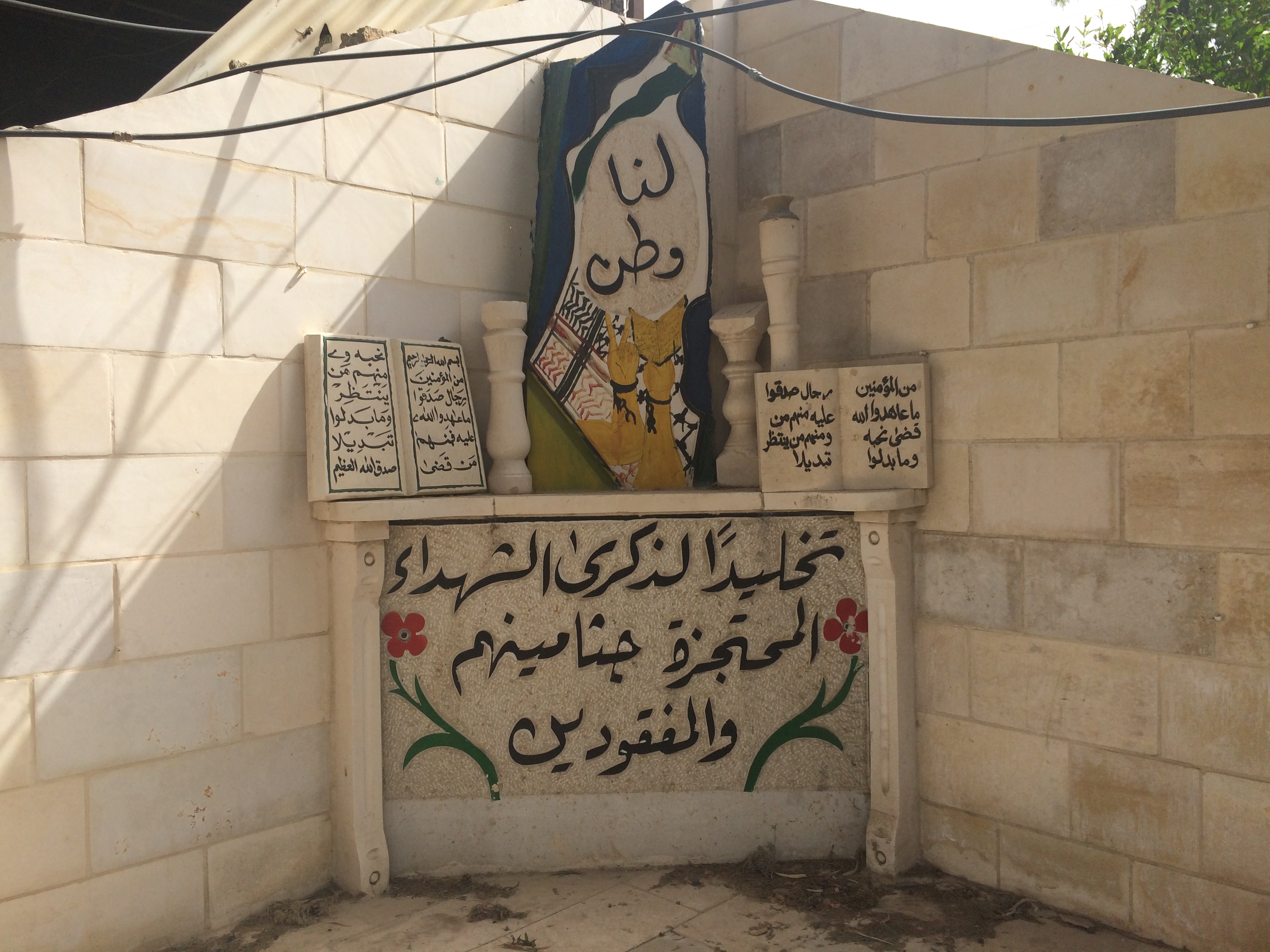 The cemetery’s story begins in 1948 amid the declaration of the State of Israel atop historic Palestine. For months, Zionist militias had launched attack after attack on Arab villages, killing thousands and driving tens of thousands more from their homes in the early salvos of what would become known as the ethnic cleansing of Palestine. The attacks provoked outrage across the Arab World, where the scenes of Palestinian refugees arriving with nothing but the clothes on their backs and telling tales of rape, pillage, and murder led to widespread demands for intervention.

As a result of popular pressure, the newly-formed Arab League formed an army of volunteers from across the Arab World to help defend the Palestinians. The Arab Liberation Army was led by Fawaz al-Qawuqji, a Tripoli, Libya-born commander who was trained under the Ottomans but became a champion of anti-colonial resistance across the region after the Empire’s dissolution. 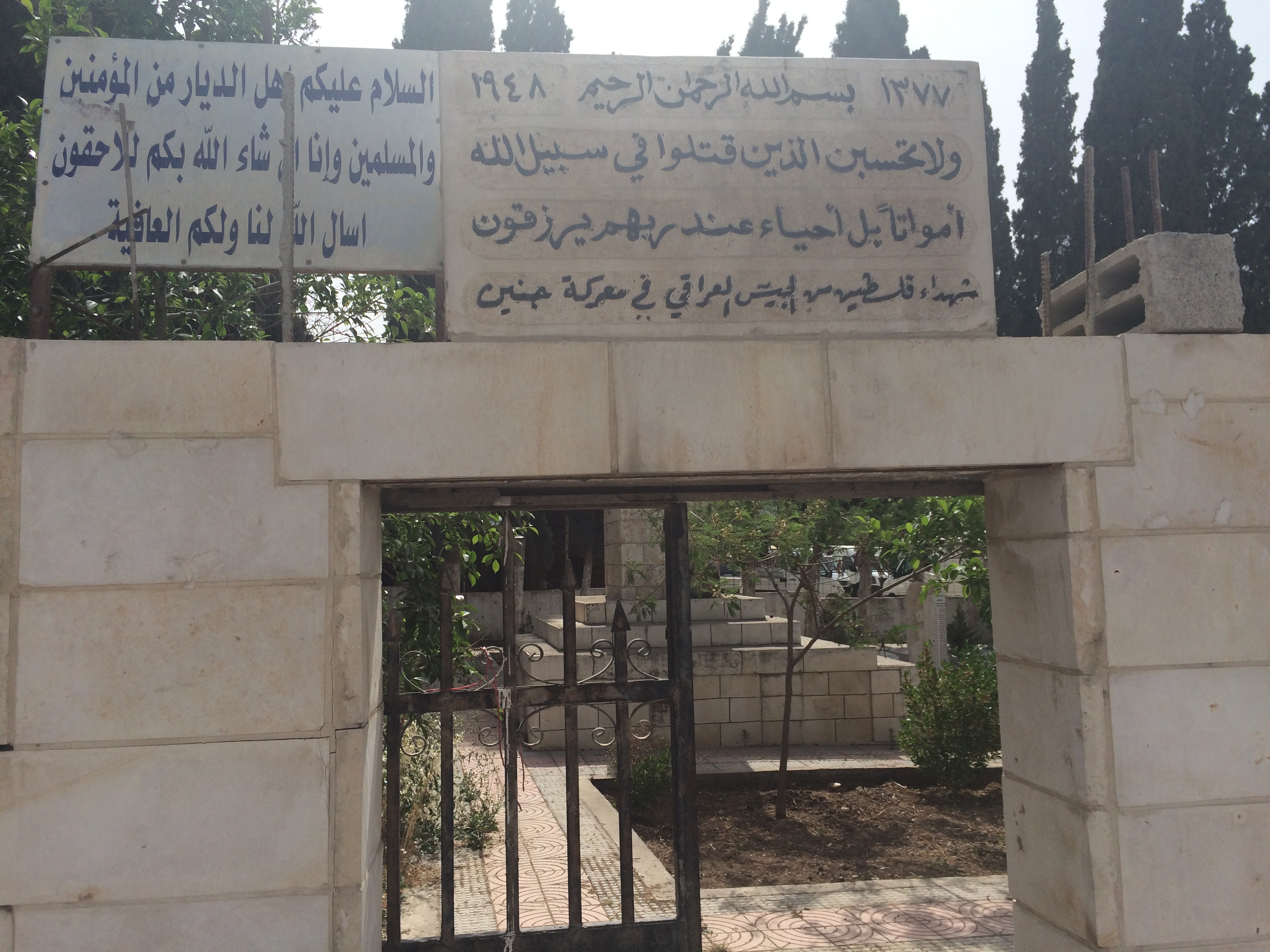 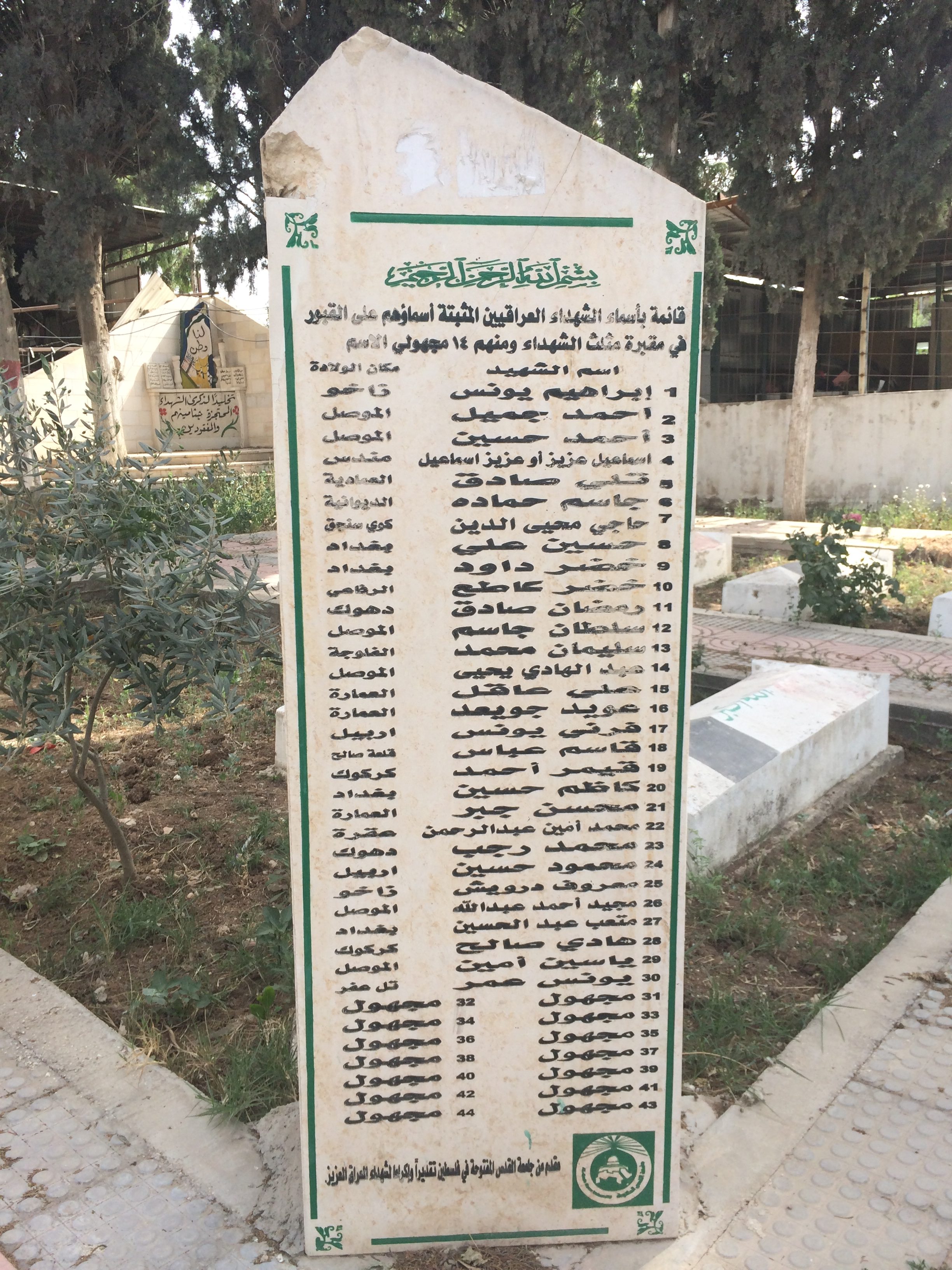 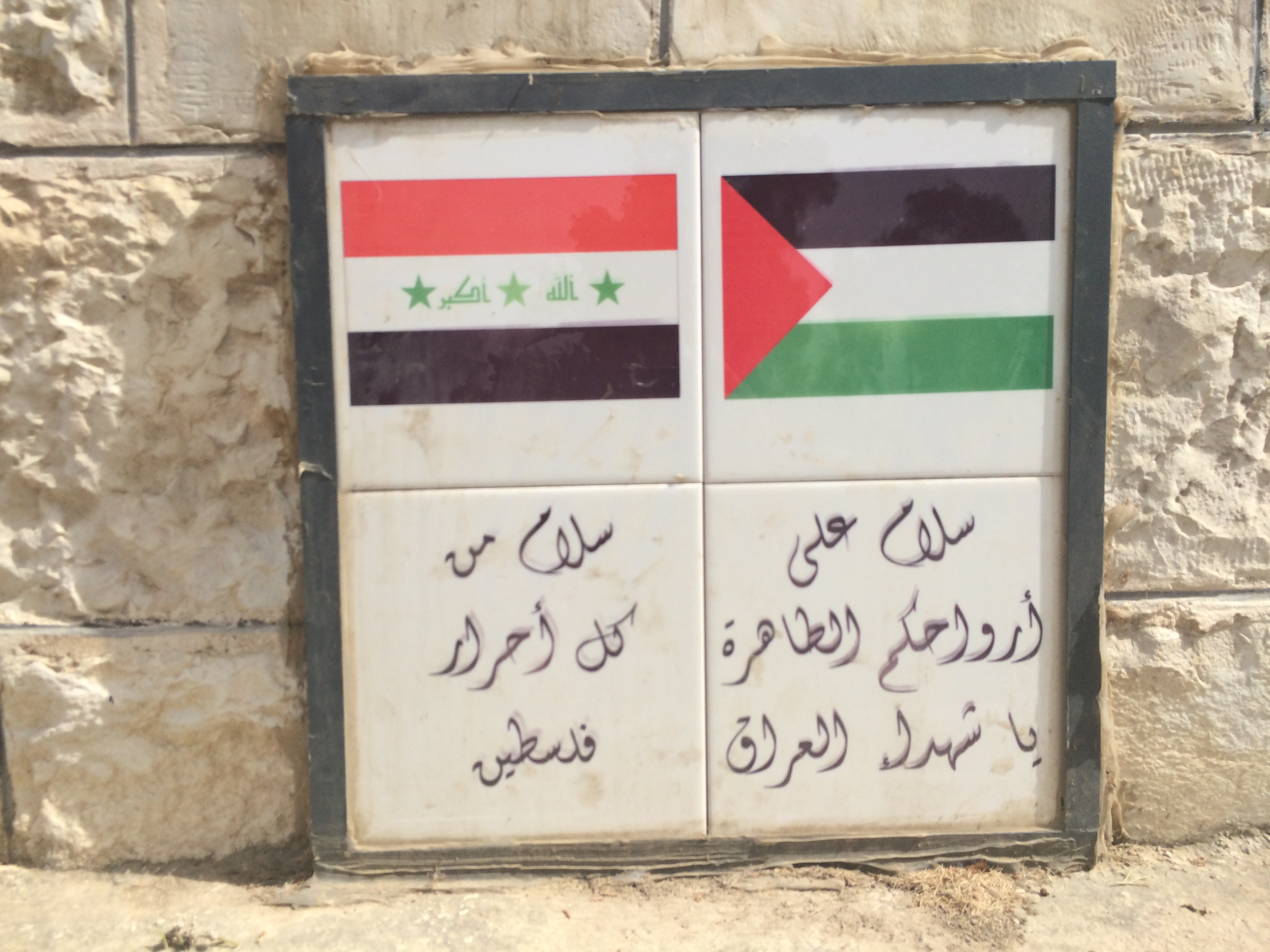 The British still controlled Palestine, but in January they began removing their forces. With perhaps 4,000 volunteers under al-Qawuqji’s command, the Arab Liberation Army entered Palestine in early 1948. Other Iraqi forces were sent in the months and years to come by their government to help Jordanian forces in the struggle.

Despite their determination and fortitude, however, the battle was stacked against them from the beginning. Some states, like Lebanon, had only recently achieved independence; others, like Egypt, were still under indirect colonial rule. Rivalries between governments back home undermined coordination and the brave sacrifices of volunteers. As historian Leila Parsons has noted, the volunteer forces sent to the front were small and poorly-equipped, a stark contrast with the Zionist militias that had spent the better part of the last few years and months preparing for this day and importing weapons in anticipation. 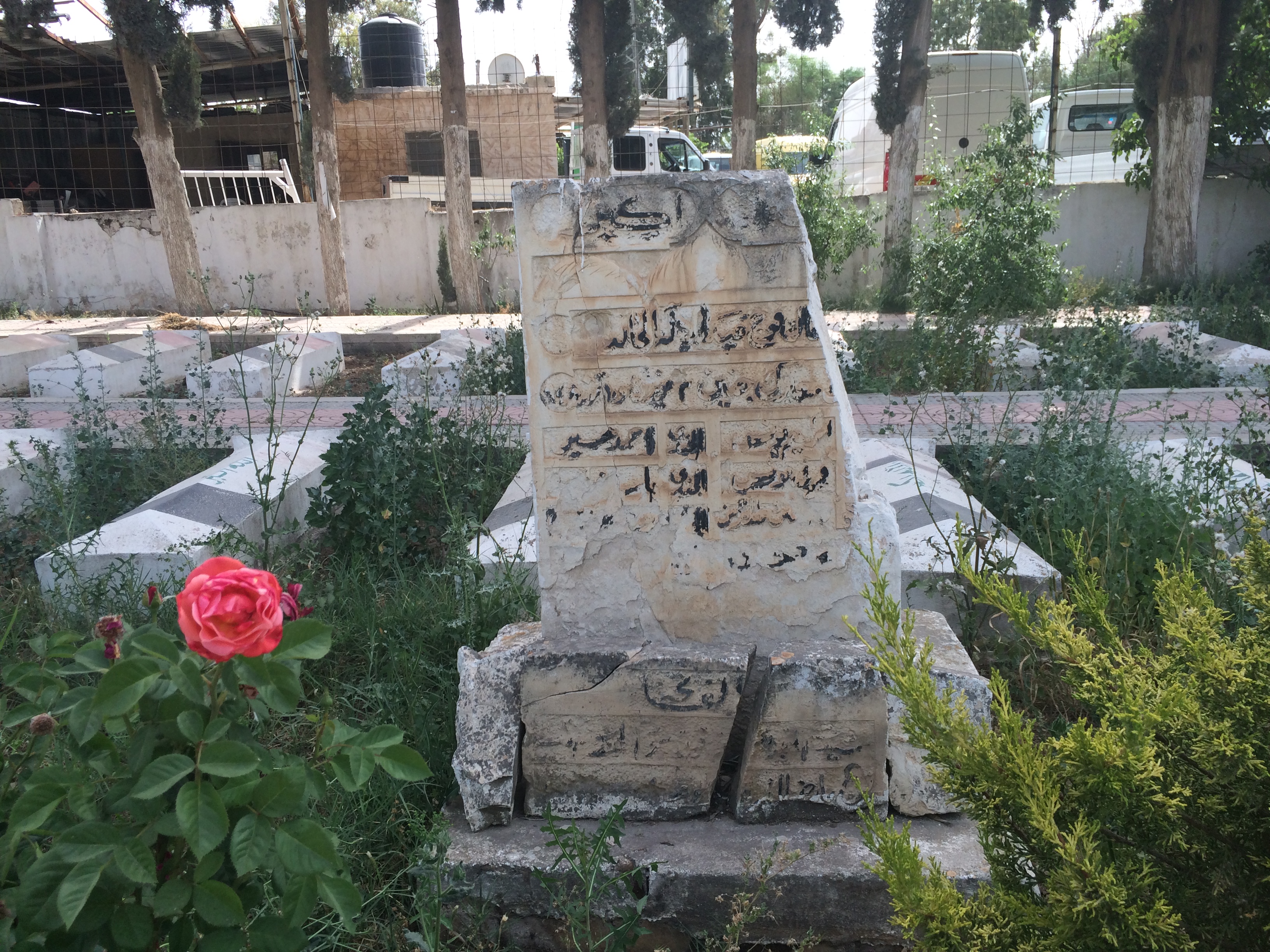 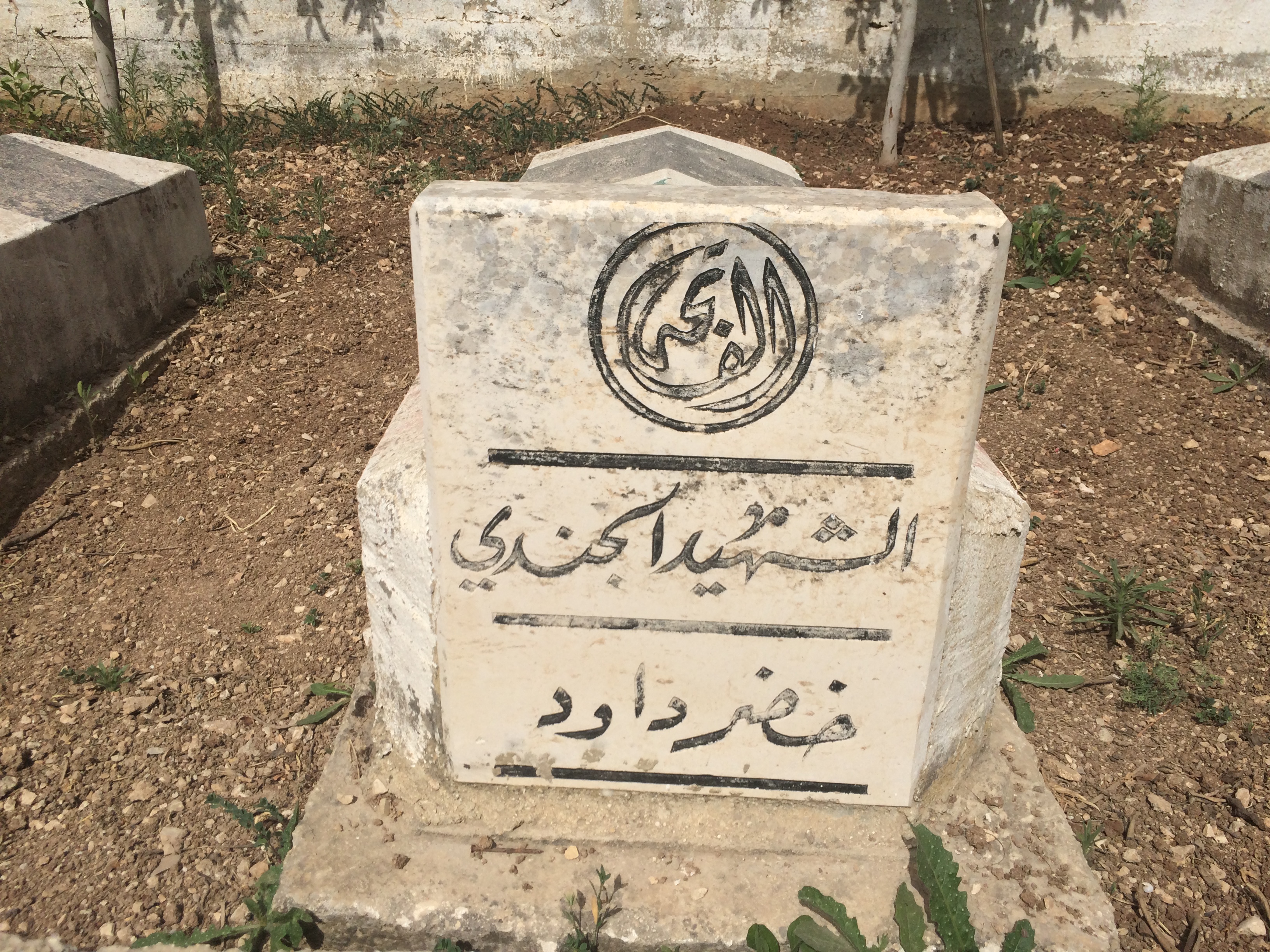 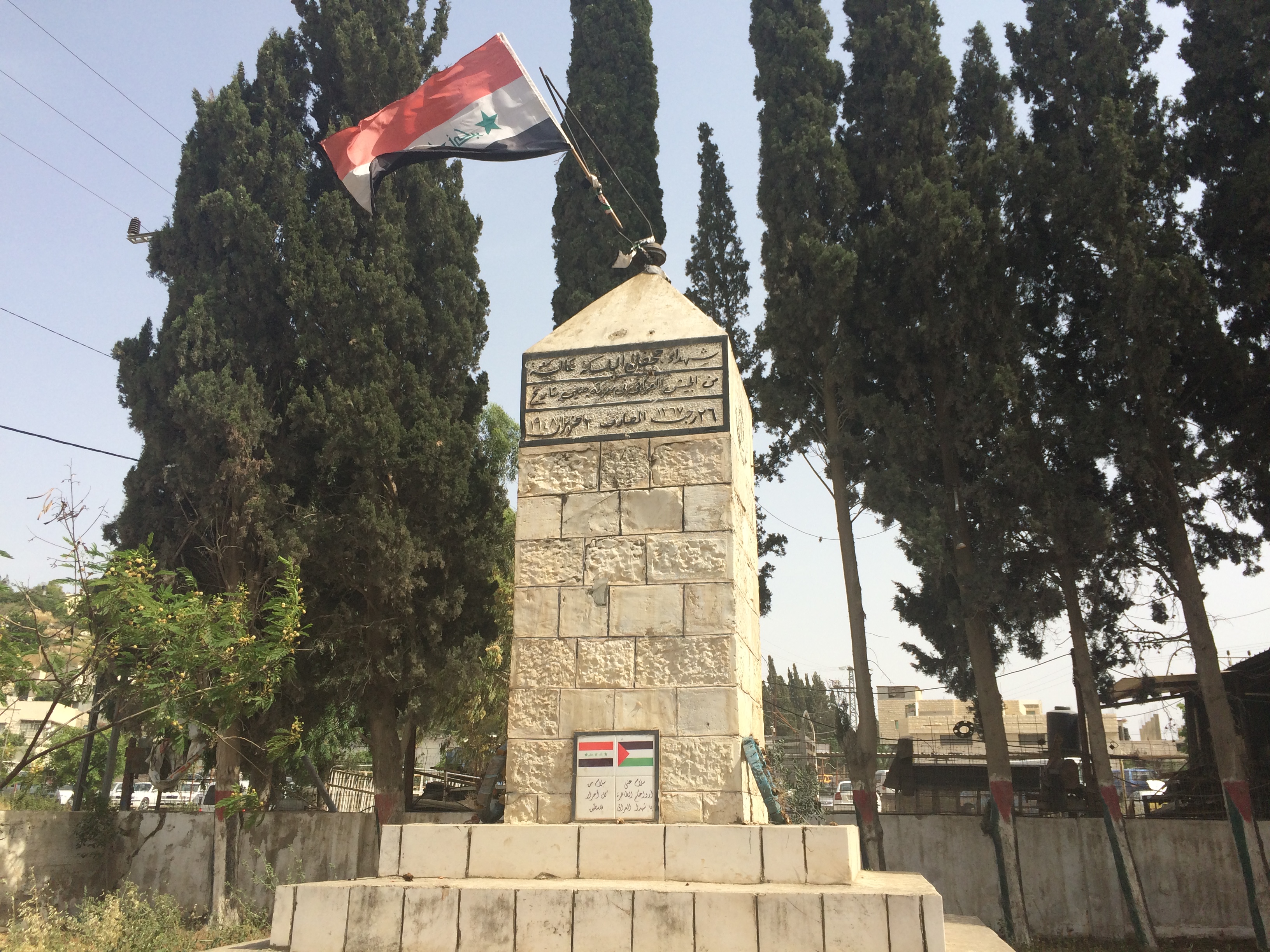 Nevertheless, from Lebanon, from Syria, from Iraq, from Jordan, and from Egypt they came, ready to defend Palestinians as their homes and livelihoods were ravaged by troops whose aim was nothing less than the expulsion of the indigenous population and their replacement with settlers from abroad. They fought alongside Palestinian volunteers who had rapidly organized to protect their homes, their lands, and their families from destruction.

The armies managed to hold onto a few swathes of land in the hills of eastern Palestine and a sliver of beachhead near Egypt. Today, these are referred to as the West Bank and the Gaza Strip respectively. And while Israel would invade them, too, in 1967, the difference in the two areas is stark: while 750,000 Palestinians were driven from their homes inside what is now Israel and were forced to become refugees – and remain so until this day – those that lived in areas defended by the Arab armies were protected from wholesale ethnic cleansing.

This map created by Palestinian cartographer Salman Abu Sitta, himself a 1948 refugee, shows the extent of the destruction of Palestinian villages inside Israel:

Iraqi soldiers fought on the fronts around Jenin, Tulkarem, and Umm al Fahm in what is today the northern West Bank and the Triangle region of Israel. Almost completely forgotten by history, these soldiers defended the area against repeated attacks and even managed to liberate Jenin after it was occupied by Zionist forces. Some Palestinian refugees even returned with them to Iraq.

Today, few remember the sacrifices of the Iraqi soldiers who gave their lives for Palestine. But these soldiers followed in the internationalist tradition like the volunteers from around the globe who enlisted to defend democratic Spain from the rise of fascism in the 1930s. Their sacrifice ensured the safety of tens of thousands of Palestinians who might else have been driven from their homes like their former neighbors just inside what is now Israel.

In Palestine, their memory has crystallized in a story from the 1967 war, when Israel launched a surprise invasion and occupied the region. Legend says that a few days into the war, residents of Jenin heard Iraqi Arabic being spoken outside their homes and ran out overjoyed that the soldiers had returned to defend them, imagining that at last the coasts might be liberated and the refugees might return.

In one of the great ironies of history, when locals entered the streets to greet their liberators, they realized that the Arabic being spoken was that of Iraqi Jewish soldiers in the Israeli army. Far from saving Palestine, they had come to complete the occupation that had begun 19 years earlier.

50 years later, the people of Jenin and its refugee camps are still waiting.

Seta Hagopian, the Fairuz of Iraq

@AjamMC
RT @AlgeriaNumidian: Algerians celebrating the independence of Algeria ❤️🇩🇿 https://t.co/vX0aa345CK
2 hours ago
RT @sumacweave: A rug gifted to the Communist Party of the Soviet Union by the Democratic Party of Azerbaijan. https://t.co/jH489uiQNh
3 hours ago
RT @karpassia: ‘Muqam’ (1984) by Uyghur painter Ghazi Ehmet https://t.co/MLce2nhgTo
3 hours ago
The original sketch of the Iran Post logo drawn for a national competition by Mostafa Kiani in 1989. "Even when o… https://t.co/V4bivTHJw4
3 hours ago
The story of how an Iranian product became a luxury good connoting Western and white high-class status speaks to ho… https://t.co/v7HVFwHRrT
4 hours ago
"Since the Trump administration designated Iran’s Islamic Revolutionary Guard Corps a terrorist organization in 201… https://t.co/PEKpYkNU4W
4 hours ago
"Many musicians left after the revolution and during the war, mostly for Europe and North America, joining a diaspo… https://t.co/GS8uqm6tia
3 days ago
"On the Arabic internet and in various printed magazines, there is one word prominently associated with Shams al-ma… https://t.co/VgiVqCjVFp
4 days ago
Follow