Ajam Podcast #7: The Limits of Whiteness

In this episode, Rustin is joined by Neda Maghbouleh, Assistant Professor of Sociology at University of Toronto. She is the author of The Limits of Whiteness: Iranian Americans and the Everyday Politics of Race (Stanford University Press, 2017).

Neda is a long-time friend of Ajam and an early guest of the first iteration of the Ajam podcast back in 2014. Since our first conversation, she has published her book, which explores ethnic and racial classification in the United States and how Iranians and other Middle Eastern Americans have moved across the color line from “white” to “brown.”

After discussing the major themes and reception of her book, Dr. Maghbouleh talks about her latest project focusing on the resettlement of Syrian refugees in Canada since 2015. The five-year study follows newcomer mothers and their teenage children as they adjust to their new environment and deal with a wide variety of stressors.

Rustin closes out the episode with “Chiftetelli,” a 1949 Armenian song by the Nore Ike Orchestra. 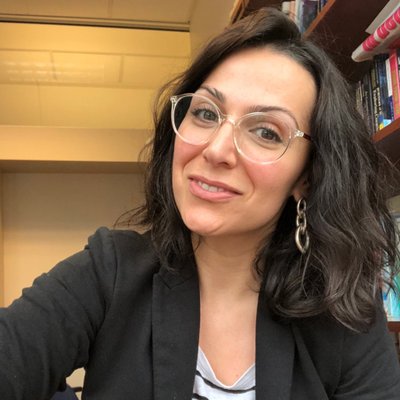 Assistant Professor of Sociology at University of Toronto. Her work addresses racism and immigration, with a particular interest in groups from the broader Middle East. Find her on twitter: @nedasoc.

Women of Persia and Their “Domestic Superstitions”: A 17th Century Manual for the Female Sex

Tehran is not just “LA with minarets”: Against cliches of Third World cities on the brink of disaster