Thanks to our amazing supporters of our recent crowdfund, Ajam will now be producing and releasing regular podcasts. To download the episode, subscribe to us in the iTunes store,  Spotify Podcasts, and Google Play.


In this episode, Rustin speaks with Mohammed Rustom, Associate Professor of Islamic Studies at Carleton University. He is the author of The Triumph of Mercy: Philosophy and Scripture in Mulla Sadra (State University of New York Press, 2012).

Dr. Rustom sheds light on the figure of Iblis (or Satan) in the writings of ‘Ayn al-Quzat Hamadani, the 12th century Sufi mystic and jurist. While many believe Iblis to be a force of evil in Islamic theology, ‘Ayn al-Quzat argued that he is, in fact, the ultimate embodiment of selfless divine love.

After outlining the role of Iblis in Islamic mysticism, Dr. Rustom compares ‘Ayn al-Quzat’s representation with other religious and literary traditions– including Satan of the Christian Bible, Paradise Lost, and the Brothers Karamazov. The conversation concludes with how and why ‘Ayn al-Quzat was killed by the Seljuk State, as well as what we can learn about human agency and determinism from his defense of Iblis.

(Cover Photo: A Depiction of Iblis from from a 14th century copy of Abu Maʿshar’s Book of Nativities) 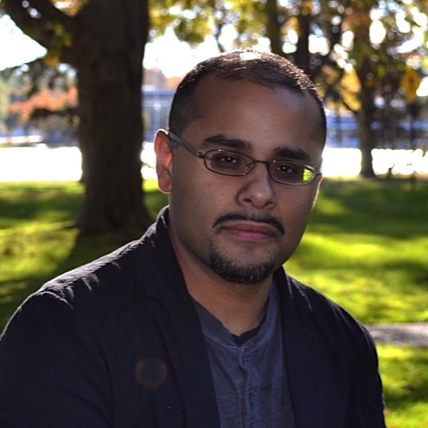 Mohammed is an Associate Professor of Islamic Studies at Carleton University. He obtained a PhD from the University of Toronto in 2009, specializing in Islamic thought, Quranic exegesis, and Persian literature. He is currently a Senior Fellow at the NYUAD Library of Arabic Literature,

Dates, Embargoes, and Ancient Artifacts: An Iraqi-American Artist in the California Desert